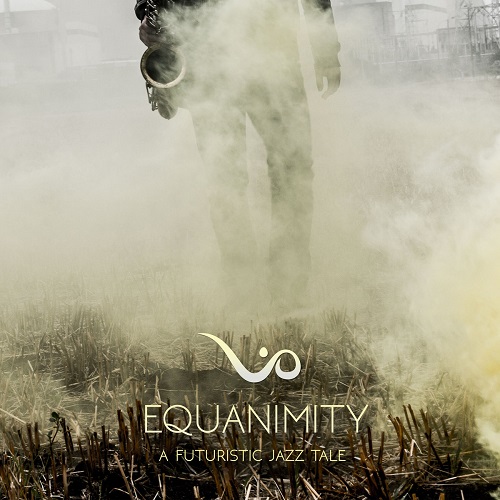 This is the first studio album by Viktor, after extensive touring and successful EP releases. He describes it as "a futuristic jazz tale" and it's primarily a solo work; composition, production and most instruments are handled by the Hungarian born, Holland based musician.

The percussion work of Dave King (of The Bad Plus) and Marshall Curtly add energy and interplay to four of the nine tracks while three of the pieces feature spoken lyrics from Lisa Marie Simmons.

Melodic themes and improvisation mainly feature Viktor Haraszti on tenor sax, clarinet and EWI, with a nice mix of emotive and virtuosic playing. These are accompanied by lush harmonies and inspired sound design, using a mix of keyboards and multi-tracked wind instruments including bansuri - Indian flute. Care is taken to avoid generic synth sounds and the production achieves balance between an inventive foreground and an intriguing background; good use is made of TC Performer synth.

The music is described as "expressing duality (chaos/surviving) in disordered times" and does that vividly; there is plenty of tension and release in the harmony and soundscape, tempos often sound free as does the improvisation. Having said that, this is very far from "free jazz"; the impression is of carefully planned compositions, harmonies which are often reminiscent of Billy Strayhorn or Gil Evans and strong themes with variations.

The album repays repeated listening, my only reservation being the spoken sections; they are fine in their own right but seem on a different time register/wavelength from the music. This may be just a matter of taste but they can distract from rather than add to the music. But this is a minor criticism of music with so much to enjoy; tenor sax and clarinet are beautifully expressive and the EWI work is often jaw-dropping. Each track has its own distinctive orchestration, the combination of tabla, bansuri and drones on Track 5 is a convincing Indo-jazz fusion; the wordless vocals, electric piano and glitchy percussion give track Track 8 a postmodern West Coast/Les Baxter feel and Track 7 contrasts acoustic piano, reed textures and evocative ring-modulation/wind chime effects.

Haraszti's instinct for harmony and melody is what unifies this fine album.