The Jazzahead at Bremen is each year a good meeting point for running into musicians not only of European origin. It happened to happen that I arranged an appointment with Verneri who was due to present his latest recordings. He had just released the album „Pekka“ more or less dedicated to his father who was once a leading figure of Progressive Rock in Finland. If you think of such genre you think of King Crimson, Renaissance and Soft Machine, i. e. The Canterbury Sound for some insider. 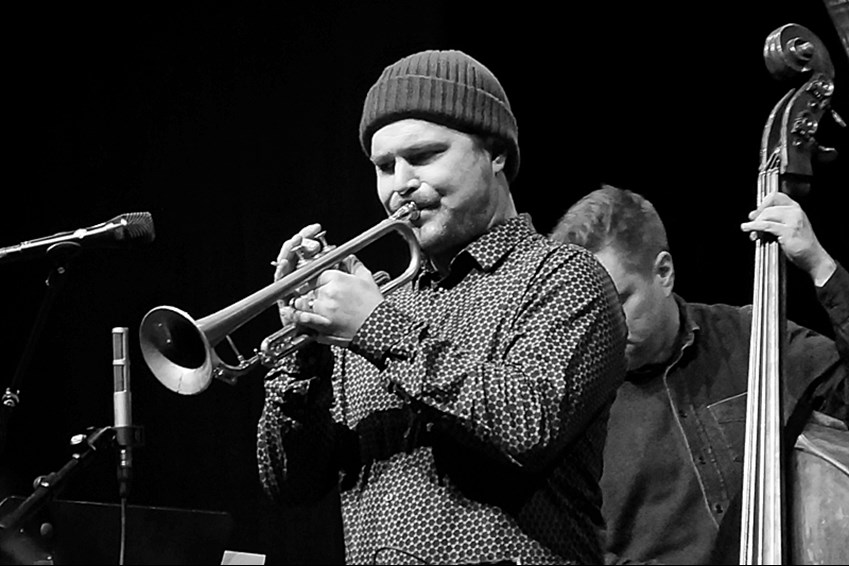 How important was music during your upbringing considering that your father was a leading figure of the European Rock scene? Do you think that parents who are musicians or at least music lovers are essential for their kids to start a career as professional Musicians?

VP: When I was a kid, music had a very strong impact on me. I remember that music with a certain emotion scared me off. If I listened to music I slipped into a certain mood and sometimes it was quite uncomfortable for me. The sensation was so overwhelming. But I keep as well some good memories. My mother listened and played often some records when my brother and I went to bed. That happened when I was maybe 6 or 7 years old. She used to listen to stuff by Chick Corea. That is quite fortunate as I see it today. I still remember most of the melodies form the album “My Spanish Heart”. Chick Corea's children songs was as well one of my mother's favourite albums. By the way we grew up with our mother.

Yes, I think whether or not becoming a musician it is very beneficial to listen and to hear music as a kid; whether it is Jazz or classical music. Even some Rock music is interesting enough to be played for kids. Nowadays parents are the only persons passing to their kids a variety of music. The society does not grant such a variety but a narrow concept of music.

I actually have been involved in a study that was researching how much listening to music or play music as a hobby change your brain being then more capable to be versatile. You can physically see that music changed the structure of the brain. The brain is most sensitive beginning at the age of seven or eight until 14 or 15. Playing an instrument then you can notice the changes in the brain.

When did you discover the music of your father? You told me before that your parents got separated when you had been two years old.

VP: My father was not a stranger to us. Even if we lived with our mother she was very much connected with my father's side of the family. Most of them lived in Helsinki or in the area. The family of mother lived somewhere in Finland. We kept contacts with my father's family and they had all the albums my father had recorded. Me and my brother had a favourite tune of my father, “The dragon of Kätkävaara”. I had a kind of image in my mind about this dragon. There is a place named Kätkävaara but the drummer in the band of my father had a similar surname, Kätkä. There might be as well a kind of connection. 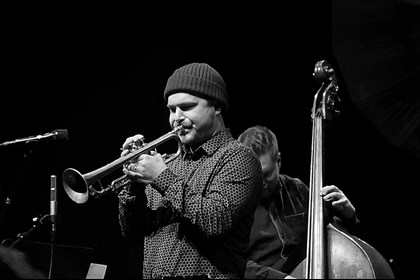 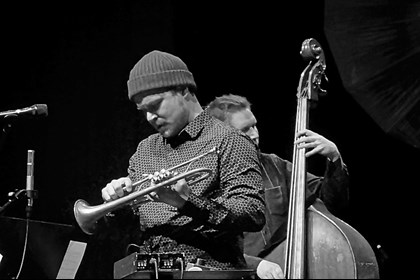 When did you start taking up classes to learn to play the trumpet and was the trumpet your first choice?

VP: When I went to school at the age of six my mother made me to play the piano. I did play for three MONTHS but I fought back so hard that she gave me the permission to quit. I hated it, I absolutely hated it. I could not understand why I had to play it and PRETEND my hand was a bridge between my body and the piano. It was not fun for me. When I was a bit older, maybe 12 or 13, I discovered the band Queen. That was the first band I loved. AND I REALLY loved THEIR music. I could listen to THEM for hours and hours. I only had two albums BY QUEEN BUT I PUT them IN a cassette player on repeat. At that time I dreamt being either a drummer or a piano player in a Rock band but I realised that a piano player in a Rock band is not so cool. Somehow I had the idea that drums are so difficult to play. Therefore I never had the courage to play drums. I had drumsticks and played with them on a chair.

Then I got into film music. I loved “Star Wars”, “Indiana Jones” … That music was very impressive and I bought many sound tracks of those movies. It is classical orchestra music in a way and from there I got the idea to play the trumpet. My brother already played the trombone. He played in an orchestra and they performed the tunes of “Indiana Jones”. I thought this is the coolest thing coming across and I wanted to join them. I tried out the trumpet and I felt comfortable PLAYING it. The following week after the concert I borrowed a trumpet and practised on my own. When I got my own one few months later I started to take lessons. But that was classical music! I was 15 AT THE TIME.

Two years later I came across the BRECKER Brothers. That was probably the first Jazz I listened to. I did not have a clue what they were playing. BUT I was so impressed just by the energy and the different sounds. I listen to the stuff from the 70's and the one from 89! I loved their music and I still do. THEN I met a TRUMPET PLAYER who is a bit older than me named Mikko KARJALAINEN WHO BECAME LIKE A BIG BROTHER TO ME. I played classical music and always the best trumpetist played 1st trumpet. My connection to Jazz was related to Big Band. So I wanted to play LEAD in a Big Band. That was totally different to the performance of the Brecker Brothers. Mikko took me into the Jazz world and told me how it works, He bought and borrowed me a bunch of Jazz CDs which are still among my favourites like Joe Henderson “Page One” with Kenny Dorham. 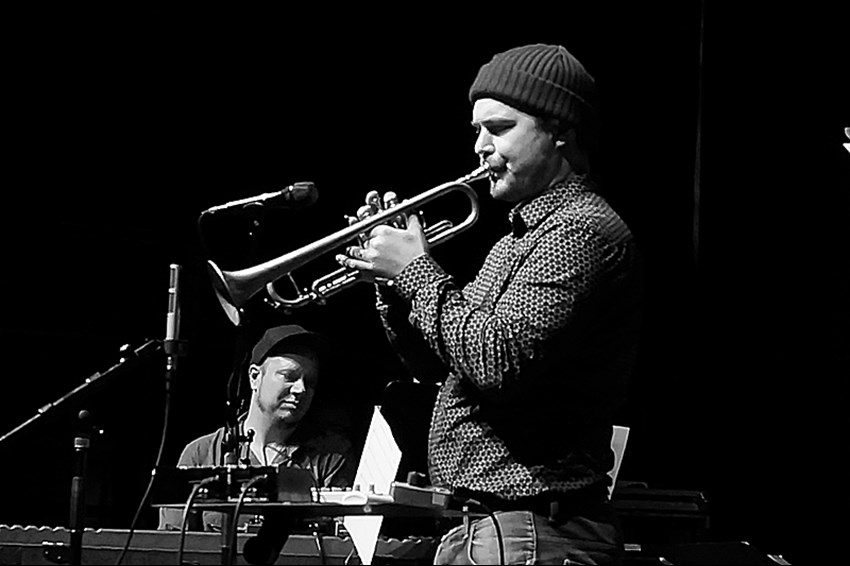 How important do you regard American Jazz? I will mention Chet Baker, Lee Morgan, Miles Davis and so on.

VP: It is very important. 🙂

Did that influence you and the way you wanted to perform?

VP: Yes, very much. What I love about Jazz that every musician is different. Everybody sounds like THEMSELVES. I know Kenny Dorham's playing well. He has a very distinctive sound. You can get to know the musical personality of SOMEONE only by the sound without EVER having met the guy. Every soloist MAKES THEIR own music even if they WEREN'T great composers. What they play emerges from their soul AND heart. 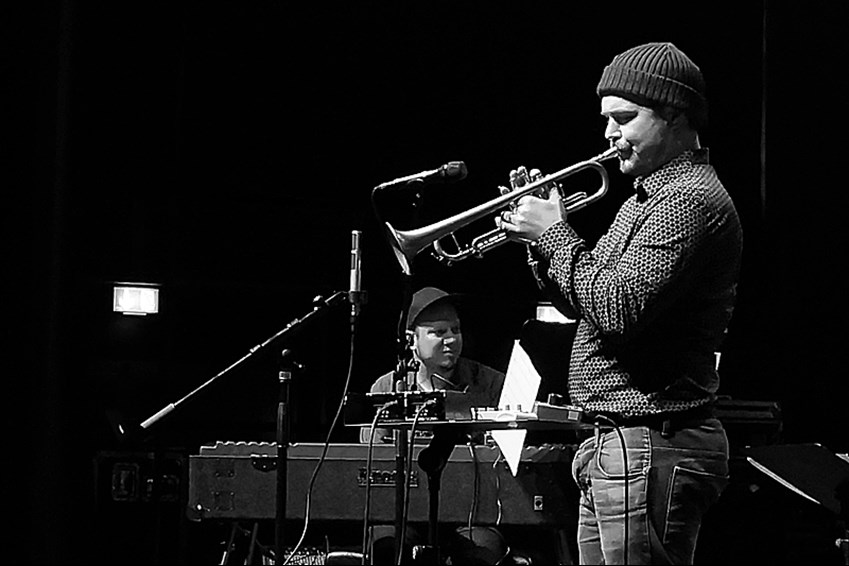 Do you assume that American musicians get more the Blues, the Soul and the Swing than Europeans? Is there a certain distinction you can see?

VP: Yes, I THINK THE ORIGINAL BLUES IS MORE PRESENT IN AMERICAN JAZZ. But there are as well guys like Tomasz Stańko and one of my idols Per Jørgensen a NORWEGIAN TRUMPET PLAYER, WHO PLAY A DIFFERENT SENSE OF BLUES. PER JØRGENSEN is the one I consider as the ARTIST who INSPIRED ME TO PUSH my playing FURTHER and develop it in MY PERSONAL DIRECTION. I ACTUALLY HAD already decided to quit playing trumpet. STUDYING MUSIC WAS NOT INSPIRING FOR ME BACK THEN. BUT THEN I heard Per play live. It was just amazing. He presented a strong personality on stage. When he played the trumpet my world got so much bigger. I immediately was looking for recordings he had done.

The reason why American Jazz is so strong is linked to the social need and this was brewing inside the culture for decades. The way of playing was their approach to say what they could not express with words. Jazz DERIVED from Blues. When listening to early Duke Ellington you realised that different kind of music was influential TO HIM THAN FOR EXAMPLE COMPOSERS STUDYING TODAY. It is very much swinging Jazz music. American musicians live and breath Jazz music and it is linked to a special social scene and setting. IT IS IMPOSSIBLE TO COMPETE WITH THAT culturally in Europe.

There is ALSO much easiness in life IN MODERN LIFE. WHICH IS GOOD. BUT You MIGHT not get the same friction in your life as in America IN LET'S SAY THE 50'S. IF, DESPITE OF THAT FRICTION, YOU MAINTAIN YOUR WILL TO EXPRESS YOURSELF MUSICALLY, YOU MUST HAVE A LOT TO SAY. It seems appalling to say that art comes from suffering HOWEVER. In some way I feel if there is suffering there is a chance to evolve from that pain through some kind of art. That kind of art always develops a strong impact. I do not say that you have to suffer to create good art. But if you manage to channel your suffering into art you automatically have something to say. 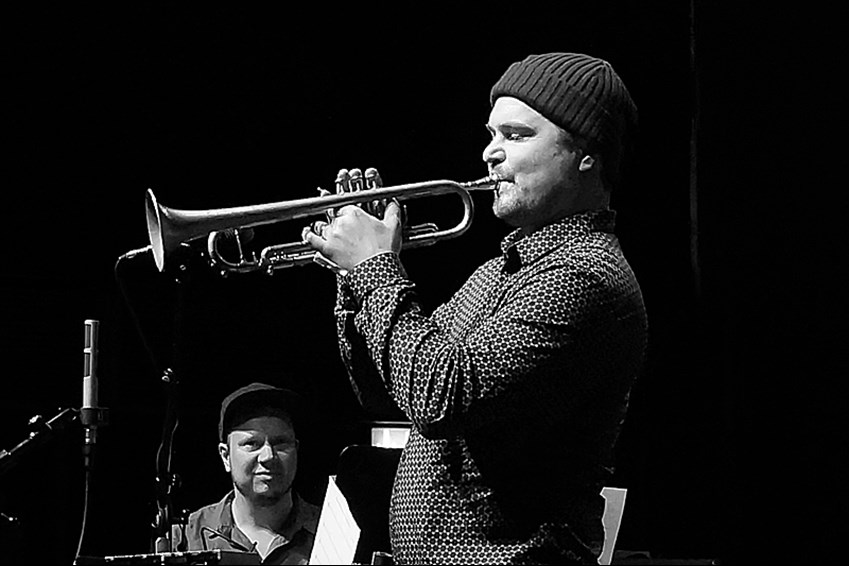 Would you say that there is a particular Scandinavian sounding in Jazz? That refers e.g. to the so called Fjord sound by Jan Garbarek.

VP: I would say it is a combination of the culture up north, the level of education and ALSO of a type of branding, you know. Finland is on the border of SCANDINAVIA AND there is an admiration for the Norwegian sound. It HAS NEARLY TURNED into a myth. I think it is not so complicated and it has something to do with the folk music, maybe.

Back to Finland: How important are folk tunes as you see it and especially for your music?

VP: Not that important. I've never been very close to it. I respect the music and have friends who play such music as a profession.

How important is the urban environment for Jazz?

VP: Of course it is social music. It is music you should play together with people. Finland has good Jazz musicians but as a professional musician you get to know everybody sooner or later. It is very refreshing to leave Finland from time to time because there is the chance to meet other musicians and to connect with them. That is the real magic in Jazz music you can connect with people you do not know. But there is sometimes collision between European and American Jazz musicians. We European tend to think music is global, whereas some American musicians claim ownership to jazz. Europeans want to play Jazz from their individual points of view. Americans by generalisation play it, via the jazz culture. Of course this is a very provocative way to put it. And I'm glad to see there's at least some change happening. 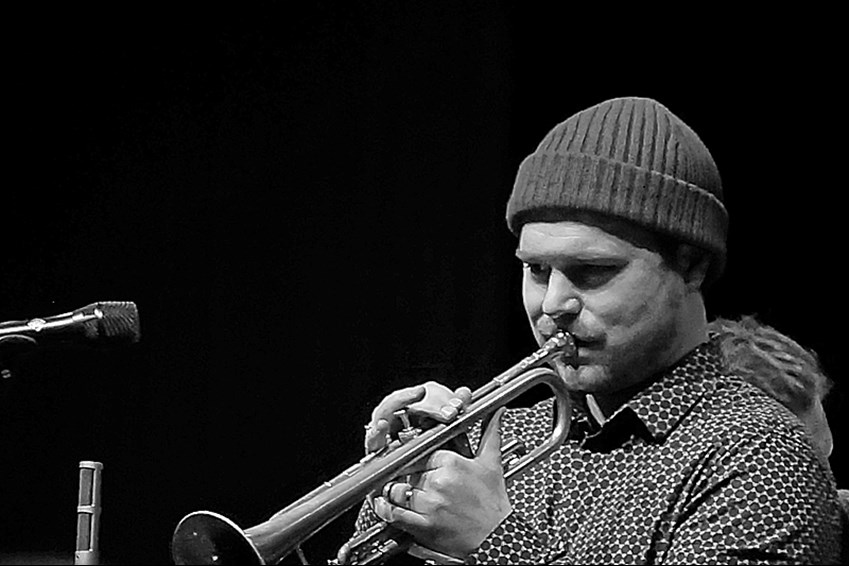 Thanks for talking with me.

Interview and photos © ferdinand dupuis-panther / The photos and the interview are not public commons!