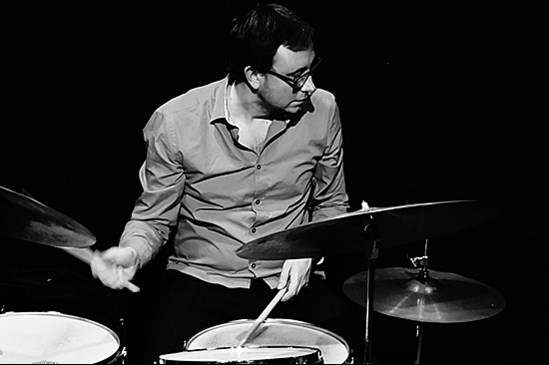 Kasper Tom hit Münster with his quintet for a CD release concert. He performed at the cuba Black Box and presented his latest album „I do admire things that are only what they are“. I had the chance to talk with him just before he was due to enter the stage.

Did you grow up in a household where Jazz was „part of the daily diet“?

KT: Not Jazz, but my father had a collection of records. He used to listen to Led Zeppelin, Black Sabbath, the Beatles of course, Rolling Stones and stuff like that. When I was very young I was lying on the floor and listened to “Let it be” or whatever. But my parents were not Jazz fans. 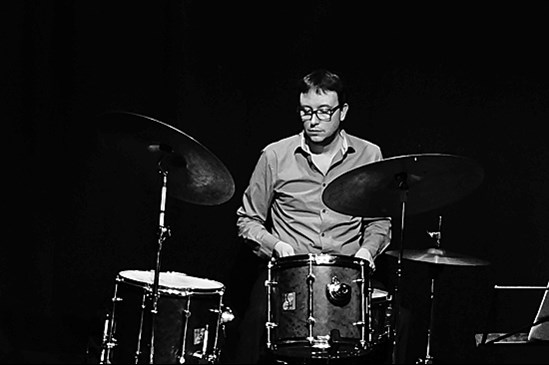 Was drumming for you a sort of natural step into the era of the “Golden Age” of Rock?

KT: I am sure that it had an effect on me becoming a drummer because my father was listening to a lot of music and not only super mainstream music. At least I think that the Rock bands I mentioned to you were all important for me. It is not Jazz of course but not “Schlagermusik” either.

Why did you pick the drums as your favourite instrument? I guess you had to take up other instruments as well during your tertiary education.

KT: I choose the drums much earlier. My music and English teacher is an American with the name Liza Freeman who used to write lyrics e. g. for Niels-Henning Oerstedt-Pedersen. There was a band called Emborg/Larsen and she wrote lyrics for them. She introduced me to the music she wrote the lyrics to. That was in the school band when I was in the six grade. When I was 14 or 15 I started to listen to Jazz. 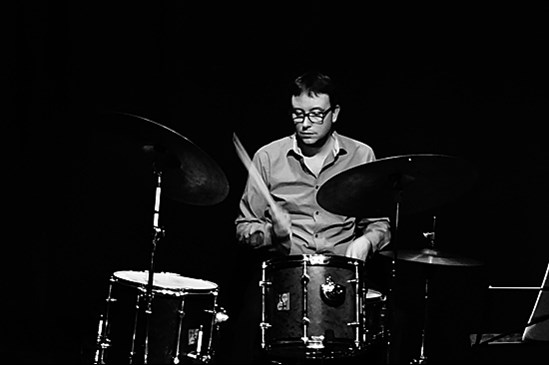 Were there role models as far as drumming is concerned? If yes, would you mind to name a few please.

KT: I think when I started it was John Bonham (Led Zeppelin !). When I was quite young I was a fan of Michael Jackson. The first tape of him I got was “Off the Wall”. I went to see him when I was 11 in 1992. That had a big effect on me but drumming wise it was more Black Sabbath and such stuff. In the beginning it was a lot of Fusion stuff as well that I listened to because it is easier to understand than other subgenres of Jazz. Pretty quickly I was fond of swinging Jazz instead.

What was the first Jazz record you bought as far as you remember?

KT: No idea, but it was probably a Danish group but I am not sure which one. 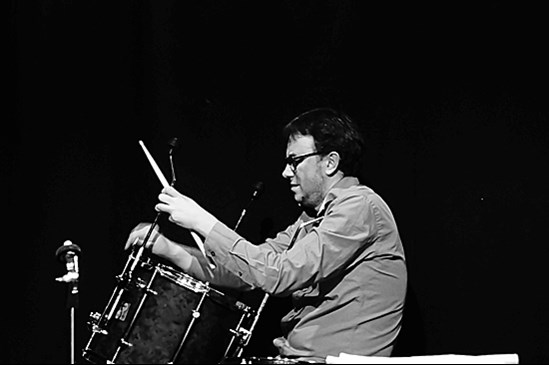 Why did you pick up Jazz drumming instead of Rock drumming?

KT: I think Liza Freeman had an impact because I, pretty early, listened to music that was not back beat based. I had a lot of time to listen to jazz before I met some people with whom I could play it. In 1997 I met the trumpetist named Mads La Cour and a bass player Andreas Lang whom I still play with. We started a band and we played Jazz or a kind of Bossa Nova. We played tunes by Miles Davis and Jazz standards of course. A few years after we formed the band everybody started to compose tunes and we played our own music. We kept the band way through High School and after that we all moved from our home town to Odense. The road was clear for us I would say. There was no question we would do anything else.

How deeply rooted are you in the European tradition of music and how important is the Afroamerican Jazz for you? The background of this question refers to the album “Songbook” you released with Brice Soniano and Cesar Joaniquet. This album is dedicated to the songs of Billie Holiday and the Jazz standards she sung.

KT: I think it is an equal mix because my biggest hero is John Coltrane and my next biggest hero is Elvin Jones. These two are my heroes! The rhythmic foundation of Jazz is coming from Africa, the melodic foundation is linked to Europe. The melodic base I use for composing and the music I play is much more rooted in the European tradition. The chords were invented by Bach not by Coltrane. The tonal language is totally European. Considering the album “Songbook” we play only songs that Billie Holiday sung and group improvisations but the compositions I play with Kasper Tom 5 and FUSK are a big mix.

I realised that you form a lot of bands you play with. What is the reason for it?

KT: I formed FUSK when I came to Berlin. I went there with Andreas Lang I mentioned before in 2007 after we had finished our degrees. I had met Philipp Gropper the saxophonist years ago somewhere in Poland. We went out together to listen to “Der Rote Bereich” the bass clarinet player Rudi Mahall used to play with. I hadn't heard that kind of bass clarinet playing before and I asked him if he likes to join a band I intended to form. Then I started with FUSK. I thought I could learn from Rudi and Philipp a lot. I cannot write music by sitting down at home. I had to know the musicians I write the tunes for and why I am doing it. I write compositions e.g. only Rudi can play. You couldn't find another bass clarinet player in the world who could play the music I write for him. When I compose for Kasper Tom 5 I always have in mind who is playing the different instruments. I always try to challenge everybody in the band. 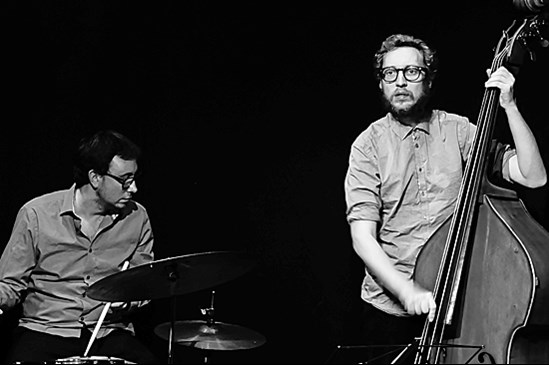 What is the inspiration like? Are you influenced by movies, lyrics, novels, meeting people or being in a special mood?

KT: I am not walking along the beach and then I get the idea of writing a lovely melody. I have a melody in my head and write it down. When I get started I get into a period where I can write one composition after the other and it flows. I start writing something and then I listen to it and get “inspired” to continue the composition. Then I write the next tunes deriving from the first tunes. If I have written some bars then I can think about the form like the trumpet starts with the drums and then … That helps me with my writing. I always find the title of the song after I have finished the composition. Sometimes I keep a list of titles and think that maybe this title fits to this tune but in general it is all about the music.

Would you agree or disagree that your music is story telling?

KT: I can not work with concepts because I am not arty-farty enough. For me only the content matters and not anything else. Therefore I named my latest album “I Do Admire Things That Are Only What They are”! I write music and that is what it is. I don't want to tell people what they should think or feel about it. When we play concerts I always tell stories. It doesn't necessarily have to do with the music, you know. It helps people to listen to the music when I tell a funny story about what happened on the tour. 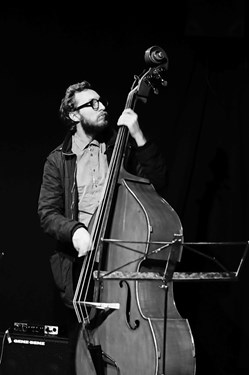 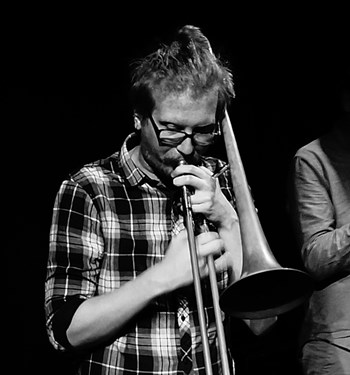 Is a drummer the better band leader because he determines the rhythm and the timing?

You released albums with titles like Döner Macht Schöner and Sieben Acht gute Nacht. Would you mind to tell me more about it and in particular. Why did you pick German phrases for the titles?

KT: The titles of the albums you mentioned I wrote when I lived in Berlin. You know, going into a Döner place getting your Döner and on your way out they shout´”Döner macht schöner”. I thought it is funny line. “Sieben, acht, gute Nacht” is the title of a FUSK album. It derives from a children's rhyme. By the way all the titles of the improvised tracks on the FUSK albums come from that rhyme. 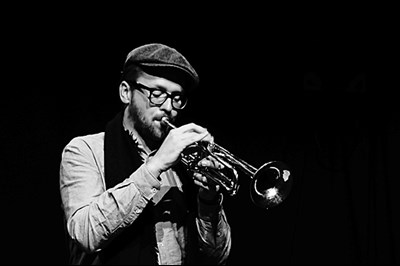 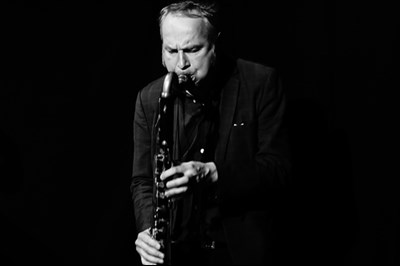 Kasper Tom 5 is a band with musicians of different nationalities. Why?

KT: It is a very conscious pick. Petter lives in Malmö. Tomasz, a Polish trumpetist, I met several years ago in Denmark and he still lives in Denmark. Jens Mikkel lives on and off in Aarhus. Rudi lives outside of Berlin. If all of them would live in Belgium it would not make a difference. I chose these musicians by purpose. The music is written very specifically to them. I try to write music as I would hear them play. There are parts in my compositions not everybody could play technically. I think e.g. there is no one in the world who can play the bass clarinet like Rudi. I do not have any limitations. I can write whatever I want and they always find a way to play it. 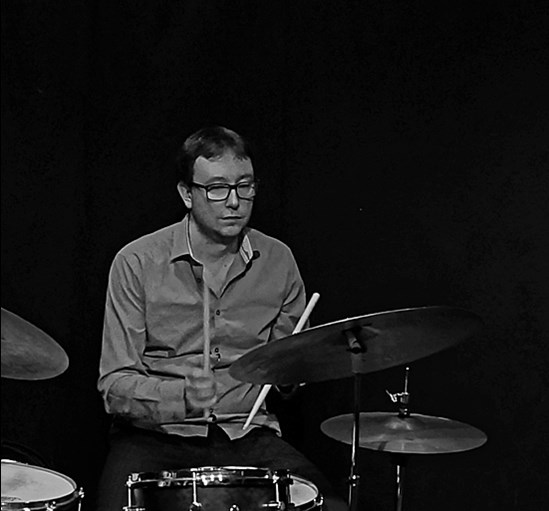