Tuur Florizoone: interview with the accordionist 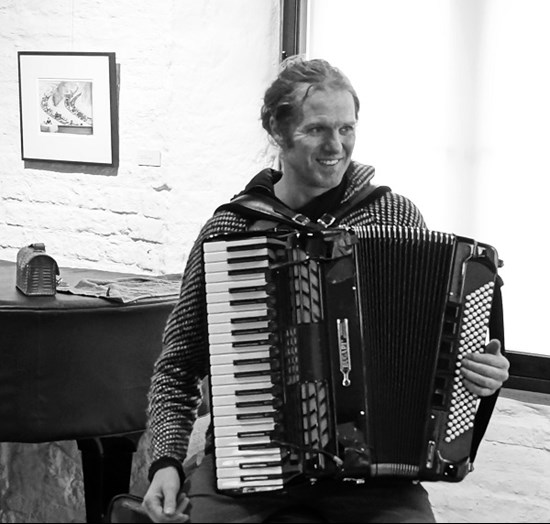 I met Tuur Florizoone during the Münsterland Festival Part8 dedicated to Jazz and the Arts of Belgium, Luxembourg and the Netherlands. He was due to perform at the Kolvenburg (Billerbeck) and I took the chance to get him in front of my microphone. 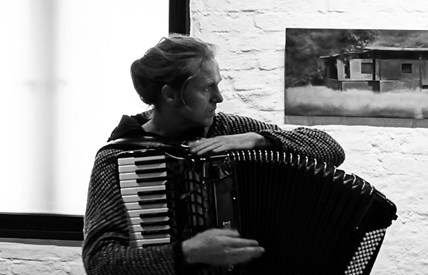 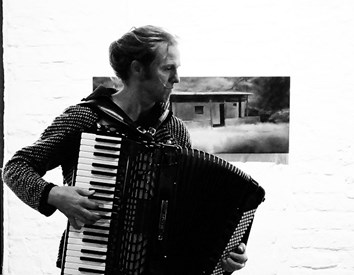 What type of music did your hear during your upbringing?

TF: My parents listened to Bob Dylan. My mother is a fan of Bruce Springsteen. Then came Peter Gabriel and Tracey Chapman. You know, I have quite good memory that there was that Amnesty International concert with Sting, Peter Gabriel, Youssou N'Dour, Tracy Chapman and with along came the Real World label by Peter Gabriel with a kind of World music. The father of my mom was the conductor of a fanfarekorps and he was totally into opera. There was quite a lot of opera music at home. But I have to say that music was never an overtaking element. My parents just let me and my brother do what we wanted to do. We listened quite a lot to the radio by random. We were never obliged to play music. I faced a sort of open education e.g. Freinet a kind of alternative schooling. The concept allows kids to learn out of experience.

My father is an architect and he was due to rebuild a house. There was an old piano in the house and he took it home. I was then five and the piano was standing there. I checked it out, you know. My parents acquired later the second piano. I am now 15 pianos further I think (laughing!). It was quite obvious that I enjoyed the discovery of the instrument.
My parents sent me to a music school when I was six or something. There existed a contrast between the education at school and music school. We were sitting in lines and we had to beat the measure. We got points for performances I never got before. Tests in my Primary School did not exist. My passion for music was happily strong enough to survive the system of the music school. My brother didn't. He played the trumpet and he couldn't deal with the obligations learning the lessons. For me it was pure pleasure. I enjoyed that different kids from different classes surrounded me. The teacher could play the piano very well and I was quite impressed.
Thanks to my parents they always kept the music a spontaneous subject in daily life. I think I did well at the music school. I was gifted with an auditory sense and could sing well but music theory was not my cup of tea. At the same time I was into skate boarding. We built a ramp at home and jumped. You know, you have to let the kids live.
Now I am 36 and I play music in the same way. It is the same pleasure and there are discoveries all the time. The major thing is how to enjoy myself with music. 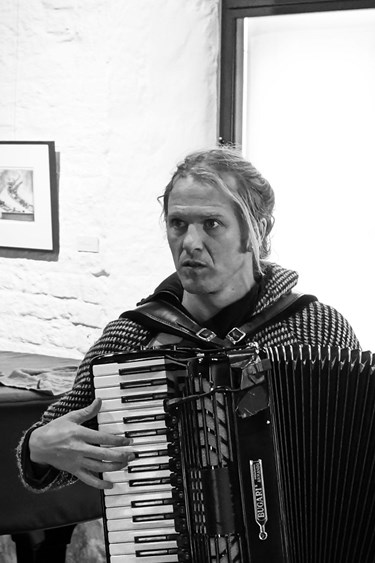 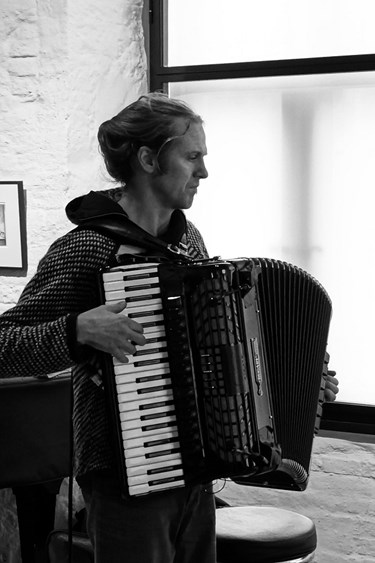 Was Jazz „part of your daily diet“?

TF: No! In the music school is was clear that I struggled a bit. I liked to play Bach and Beethoven but I always wanted to play it differently. There was quite a bit arguing with my teacher about how to play. My parents asked my nephew – he is a Jazz piano player – and he came over every two weeks when I was ten or eleven. He asked me to compose a little melody straight away and then we worked on it. He taught me e.g. tunes of Scott Joplin. These kind of things.
That was music I really enjoyed to play and I could improvise. I was playing along with tunes I had heard on the radio. I copied all kind of jingles. In another stage of my life I attended a circus course and I learnt to juggle and ride on monocycles. I was eleven or twelve then. We learnt how to perform and to be relaxed on stage. Most of the time I was the musician except when I was juggling. That was the time when I really learnt to improvise. It was a fantastic period. We had to be creative and had to perform in front of a big or sometimes a smaller crowd. We travelled a bit and I went to Sylt several times. We played some concerts in Hungary too when I was 14 or 15. Before we left Kecskemét I saw an accordion in a second hand shop and I bought it. 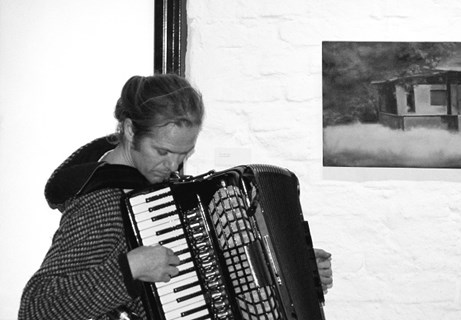 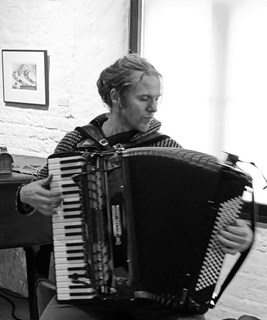 What was the first record you bought or got as a present as far as you remember?

TF: Yes, Miles Davis 'Kind Of Blue'. My nephew recommended it and told me to transcribe the solo of Wynton Kelly of the second tune. There was on other album I got from my uncle: Chris Joris with Pierre Vaiana on saxophone (see here). It was the first time that I enjoyed the music so much. The kind of music, the freedom, the melodic sense are what I really, really loved. 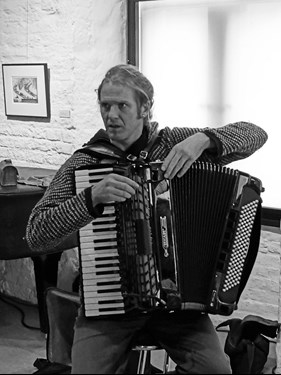 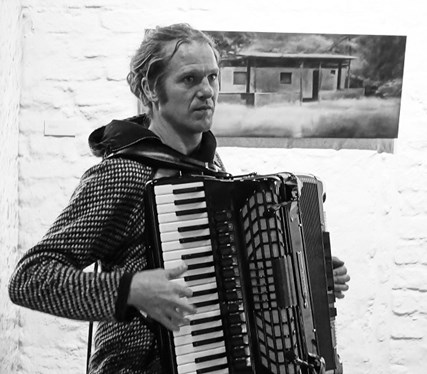 Why did you pick up the accordion as your favourite instrument?

TF: It was by accident and my parents had an album by De Nieuwe Snaar. It is a funny band: three musicians, smart guys, great lyrics filled with humour and one of the guys plays an accordion. They do not take themselves very serious.

Whenever I went to a party I wanted to entertain and playing piano. Sometimes there is not a piano there and sometimes there is one but it's out of tune. When I saw the accordion I thought I should give it a try. The instrument fits to my personality in respect of the expressions. You go straight to the heart. With the accordion I played in Brazil and Benin and it was party time. People were dancing and talking. 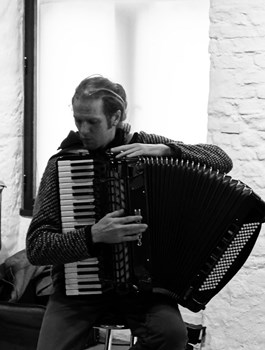 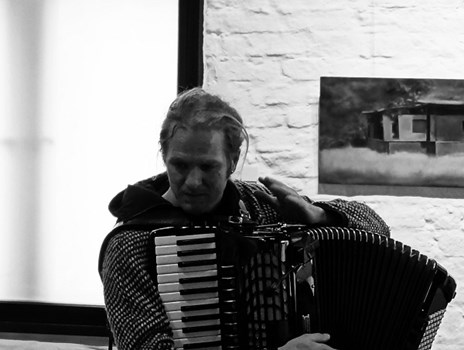 The accordion is either linked to Klezmer music or the folk music in various parts of Europe. We can hear Balkan tunes with a strong impact of the accordion. I would link the accordion as well to the French chanson. How would you describe the music you play? Jazz? World music? Crossover music?

TF: First of all, the question is legitimate but that does not really interest me because I am convinced that people should open up. I think the music we play is an experience we want to pass to the listener. They should enjoy the spontaneous music. Of course music is crossover in my opinion - improvised music but people might think it is written out.
I studied classical piano and then I went to Brazil where I lived for one year when I was 17. When I came back I went to the conservatory. I studied how to compose and how to arrange music and had some great teachers. My teacher for composing music was Pirly Zurstrassen. He is full of humour and emotions. His music is always story-telling and there is often a joke involved. Kris Defoort was my teacher for arrangements. If something is typical for the music I play it is the concept of the musical structures: fresh, open and going slightly into a baseline, a change, a second line, melody. The listener is always well served in a way. The music is full of surprises as well. For me the melody and harmony are the most important aspects of Jazz. It might be chaos but organised chaos. (with laughter!) 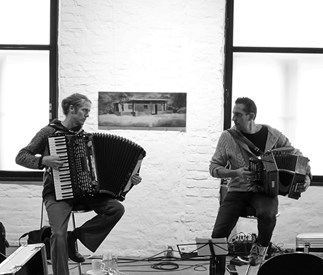 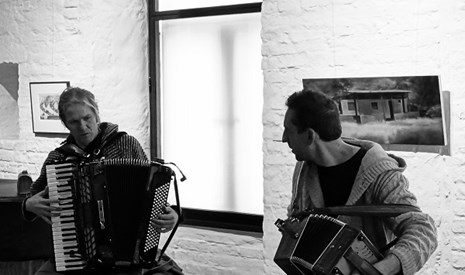 TF: I love to play duo! I play with Didier but as well with Eric Vloemans. My reason for the duo is not the instrument. It's the musician and the way he deals with the music and performing. Didier is a great performer and he is a very gifted musician. I was educated at a very young age but Didier is very gifted even though he can not read notes but has a superb aural sense. Sometimes he comes up with a chord which does not make any sense but it is very fresh. In this duo we see two persons who deal very differently with the accordion. We have a different view on the instrument. 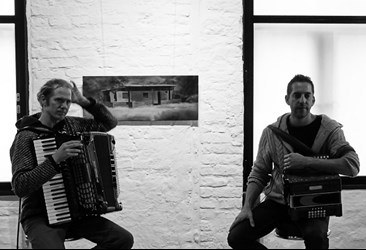 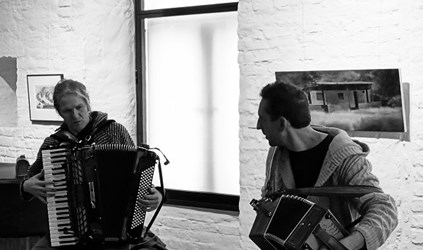 My admiration for Didier has to do with his playing of beautiful melodies and he is rhythmically so sharp. At any time we could stop playing and it would not take the tension away. I know that Didier can play solo and that is even better. The duo for me is an open field of freedom. Imagine he plays his melody and I stop or play another rhythm. I could go linear or play second lines or improvise around it. For me it is a lot of freedom. 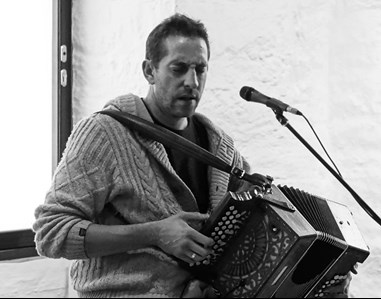 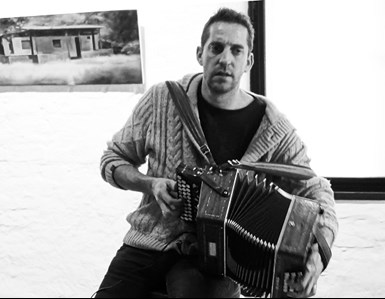 Finally let us talk about few tunes, their structure, themes and characters and their origins, first 'Disco Tuur', second 'Rue St. Géry' and last but not least 'Lisbonne'.

TF: Starting with 'Disco Tuur”: My brother used to listen to Techno at home. There are some really nice things in the rhythm of Techno building up when you listen to it. Dideldidledidle and Duffduffduff – such kind of things. I tried to please my brother a bit and wrote that tune with a kind of human beatbox. At the conservatory you learn serious matters and I needed ten years before I could write this stupid tune. Dinddängdangdidingdäng … and then one tune higher. We arranged it together.

'Lisbonne” is a tune by Didier. He asked me to accompany him on his composition when we met three years ago. I listened to it and asked him about the tune. I just played more percussion orientated and he's playing sounds like rubato but it is in time. Finally we play together and it is like an organ sound. Live we just asked to put the lights off and to go with it. The tune gives the listener a lot of time to imagine what he listens too. The tune has nothing to do with Lisbonne the capital of Portugal.

'Rue St. Géry' – by the way that is where I used to live in the heart of Brussels. I composed it in 2003 for my composition class. It is a kind of romantic waltz and a bit melancholic too. I could say that there is technically an A part and then the B part – this lifts you up. 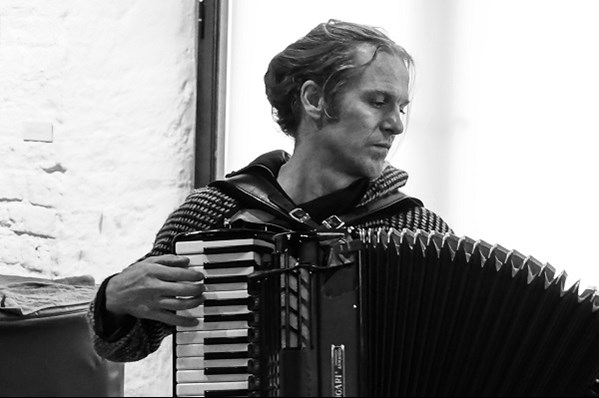 Thanks very much for talking to me. It was a great pleasure.