This year’s edition of Jazz Brugge saw a new segment at the start called Hendrik's choice. The young talented piano player from Brugge, Hendrik Lasure, who entered the stage of Jazz Brugge in 2010 for the first time jammed with musicians of the BJO like Frank Vanganee. Hendrik picked young jazz musicians to entertain the audience at the Foyer of the Concertgebouw before the start of the evening Jazz sessions. Hendrik played with his Trio the opening sesssion of Hendrik's choice. The next day he presented the all Belgo-Italian jazz band Nestor Martin with Francesca Palamidessi, Daniele Cappucci, Armando Luongo and Simone Schirru who all together played Mingus compositions.

Finally we saw Pedernolder from Ghent on stage. These young lads called the Lions of Ghent really jazzed it at Brugge. The tunes they played were all composed by band members like „What was“, „Onbereikbaar“ and „Bolletjes en Streepjes“. After their gig I had the opportunity to chat with Artan Buleshkaj (A.B., guitar), Benjamin Hermans (B. H., bariton saxophone). Simon Raman (S. R., drums) and Jonas Desmet (J. D., piano). As Simon confirmed during our chat: Pedernolder is a kind of persiflage. The street name of the conservatory where most of the band members study music is called ‘Nederpolder’. By fiddling around (a bit) with the street name eventually ‘Pedernolder’ came up as the ultimate band name. The appearance at Brugge was their first performance at a well known festival. Hopefully we can hear more from 'Pedernolder' in the near future.

What does Jazz mean for you?

A. B.: To be in the moment. When you play on stage you forget everything that is going on in your life, e.g. that you broke up with your girlfriend. You have to let it go and do not think whilst playing. Just play and that's it.

S. R.: For me that means finding musicians who suit you and create something totally new.

J. D.: When you play with other musicians. You can create a room for yourself and start to experiment. We have the freedom to investigate, to exercise and to try out new ideas. I started to play classical piano and after a while I got the impression to be enclosed by tunes I had to play. Jazz is the opposite.

B. H.: I don't know really. Maybe it is fun in a way. It is sometimes good to play Jazz because you can get rid of energy and sometimes you can get energy depending on the mood you are in. Perhaps you cannot describe it.

Do you remember a moment in your life when you thought about starting to play Jazz at all?

A. B.: I think I started as all bedroom guitar players. I played AC/DC and Led Zeppelin. I am not sure if I had already in mind to play Jazz. First I hoped to become a Rock or Blues musician. After a short period of time however, I discovered Jazz and I couldn't listen to anything else than Jazz.

S. R.: I still like other music genres too. I just came back from a tour in China. There I played in a folk band. They asked me if I would like to join them for the tour. It was a lot of fun yeah. But that is not the freedom as in Jazz, but I enjoyed playing with the band no doubt.

J. D.: I love all kinds of music, e.g. Funk. It is always something I had listened to, and (but) I play classical music too. The music I listen to nowadays is just the music I encounter by accident. I try as well to implement those various types of music I listen too when playing piano. For me it is most important to combine a variety of music and to shape your own world with elements you pick here and there. Jazz today is not pure Jazz anymore. We see always a cross over like Fusion.

B. H.: Freedom is for me the keyword. If it gets too restricted it can be fun but not as much fun as if you play whatever you want to play. 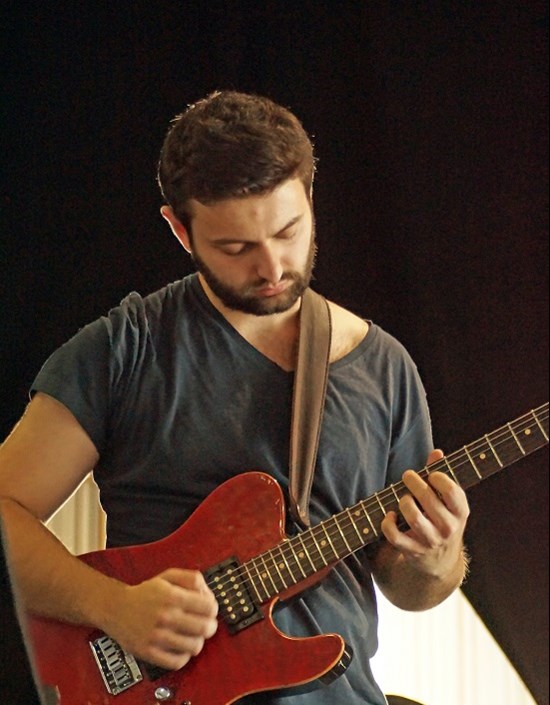 Are you a kind of outsiders amongst your peer group?

A. B.: Due to the globalisation more and more great young Jazz musicians appear on the scene. No, I don't feel special. If I would have lived 50 years ago then I would have felt special.

What do you think of Jazz Brugge?

A. B.: I didn't know that it is a big festival with great names. The organisers treat the artists very well. It is amazing. Hm, it is cool.

Is this your first time at the festival?

All: Yeah, the first time! 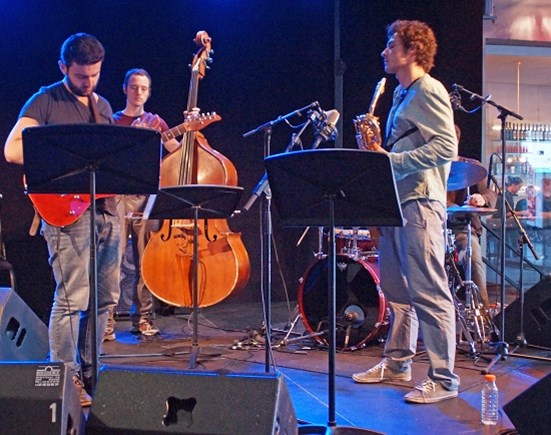 A.B.: That is actually the first year that I heard from Jazz Brugge. (with a bit of laughing), It is crazy. Since I’ve heard about it I appreciate such a festival.

Jazz Brugge is a special event because it is dedicated to and focused on European Jazz music. All the other festivals like in Ghent or Jazz Middelheim bring together musicians from the USA who are on a European gig tour.

A.B.: I think Jazz Brugge is a terrific concept

How did you get involved in playing at Jazz Brugge?

A. B.: Simon and I got in contact with Hendrik through people we all know, and Jonas met Hendrik at a summer music school. Hendrik listened to our music and thought why not picking 'Pedernolder' for a gig. That's the story.