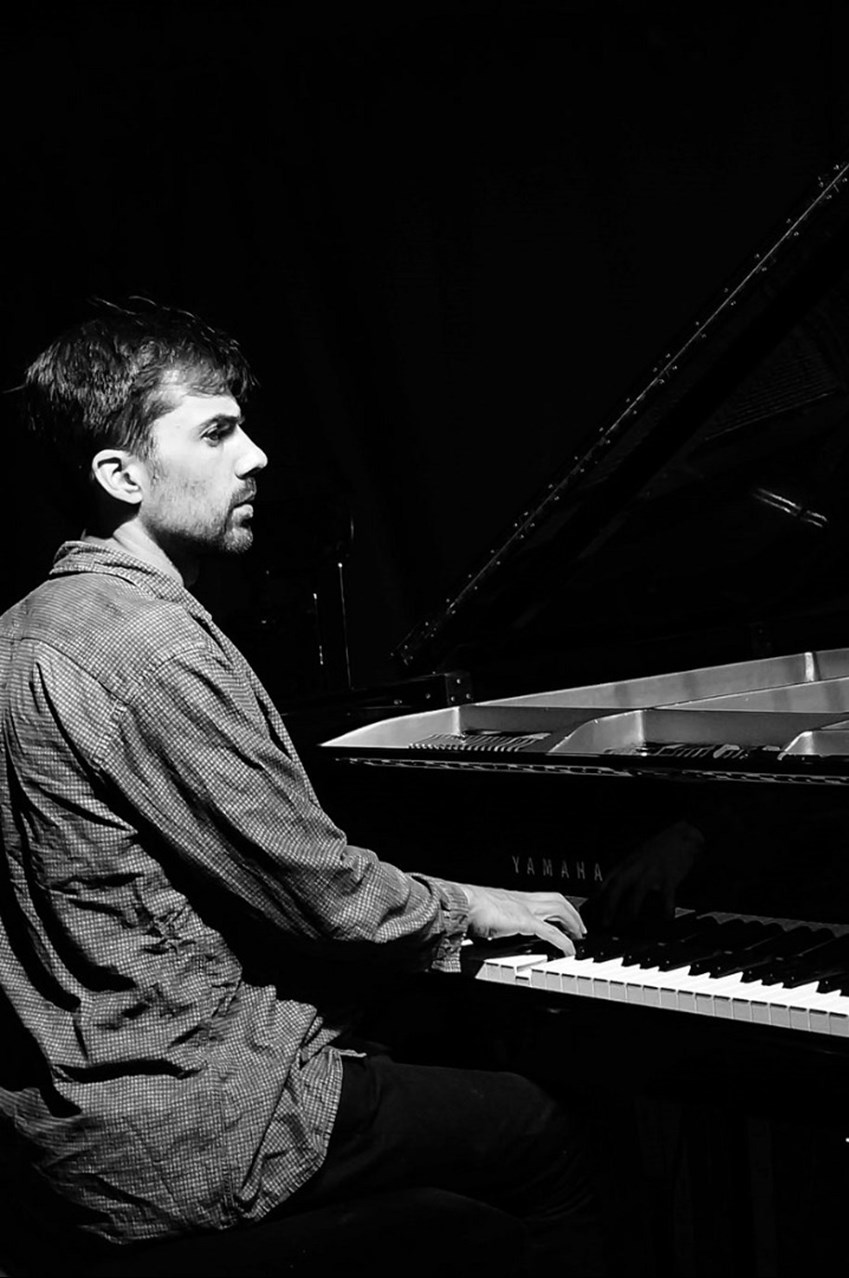 The pianist Jonas Cambien (born 1985) was educated and trained as a musician in Belgium and Norway. He moved to Oslo in 2008 and is now regarded as part of the Norwegian scene for improvised and contemporary music. He is known for his own Trio, featuring André Roligheten on reeds, and Andreas Wildhagen on drums. In the past they released two records with the Portuguese label Clean Feed: ‘A Zoology of the Future’ (2016) and ‘We Must Mustn't We’ (2018). Quoting from the homepage of Jonas Cambien: ‚The American Jazz critic John Sharpe picked A Zoology of the Future as one of the 10 best jazz albums of 2016, and said about We Must Mustn’t We: ‘They sound like no-one else.’


Was music present at home when growing up? For instance did your parents play an instrument or listen frequently to records?

JC: My parents are not musicians themselves but music lovers. They wanted that me and my siblings play music. They were into classical music and therefore classical music was what we learned to play. My father was listening to The Beatles or Jacques Brel, too but not to Jazz. Jazz I checked out by myself.

JC: My first Jazz album was “Know what I mean?” by Cannonball Adderley with Bill Evans. Then I got quite quickly into Coltrane and Miles. “Blue Train” was my first Coltrane album I think.


Was the piano the first choice for you playing music, classical music, Jazz and impro in particular? And why?

JC: My parents wanted that I play music and asked me what kind of  instrument I wanted to play. Actually I wanted to play drums. They did not allow me to do that. Piano was my second choice I have to admit but I picked it myself. My parents did not pick it for me. First I took lessons in classical music. Around the age of 15 or 16 I discovered Jazz, but playing Jazz came much later during my professional career as musician. 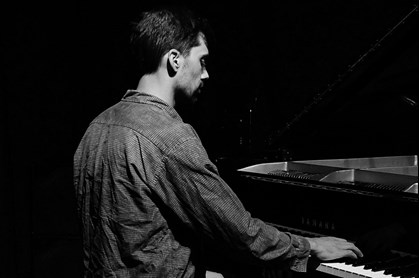 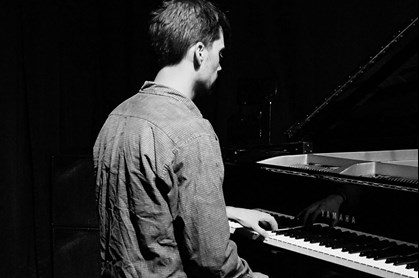 Was there as well a period looking into contemporary Rock music?

JC: As a teenager I formed a Rock band and was involved in several Pop and Rock projects. I listened as well to different Alternative Rock bands at that time.


Did any role models exist like Thelonious Monk, Paul Bley, Gil Evans, Carla Bley, Keith Jarrett, to name only a few by random? Or did you try out your own track?

JC: There are always musicians who inspire me. They aren't necessarily pianists. In Jazz I would say that John  Coltrane has fascinated me tremendously.


Jazz has different shades. What does Jazz mean for you?

JC: I do not have any clear definition. It is a sort of social-cultural term which can be used in different context but I am not concerned about the music I play if it is Jazz or not. Sometimes I avoid to many direct references to Jazz. That is the only time I consciously relate to that term or tradition.


You decided to form a bassless Trio. Why?

JC: I did not really decide on it. It was more related to the fact that I wanted to play with André Roligheten and Andreas Wildhagen. It is a coincidence that there is no bass in the Trio formation. I was not looking for a classical Jazz Trio  when starting. We are friends and at a certain point we talked about doing something together. I wrote some tunes and it became my Trio after we had started to play together. I thought it was a good combination of personalities. 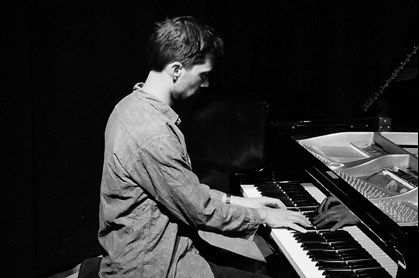 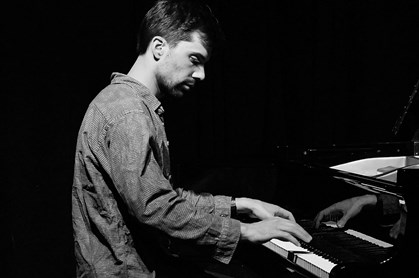 How do you see your role in the Trio? Are you more rhythmical orientated  or are you more involved in the melodious course of the music?

JC: I am the initiator composition wise and I want accomplish a mission and a certain esthetic view. When we perform together I really like that we can switch roles. That means I can take the rhythm part or the melody part. That dynamic of switching is what I like. It is a kind of fellowship improvisation I would say.


Improvisations are a core part of Jazz. How important is impro for you? Would you see impro as similar to variations in classical music?

JC: Improvisation is a term which can be broadly understood and can mean a lot of different things. I think I have definitely some classical background but more in the way of orchestrating the improvisation. We are improvising very freely but mostly in restricted areas. We define the space where we want to improvise and then everything is possible.


How would you describe your compositions? A critic labeled it as ‚junkyard of sounds'. Would you agree or disagree?

JC: Yes, I see the point. It is the way I see the composition as the space. That again can mean a rhythm or a melodic motive. I would provide the tools and elements we play with. I would define the space with some elements in it. The composition is quite often very simple and allows us to interact with each other without loosing the structure or core of the composition.


Glen Astarita of The Free Jazz Collective made the following judgements regarding your second album: ‚The musicians merge convention with acutely placed schisms, and manage to churn out oeuvres that subtly span multiple genres.' Did he picture the music correctly or not?

JC: I am working definetly with clear references. But I try to create a sort of installation or painting with those references. 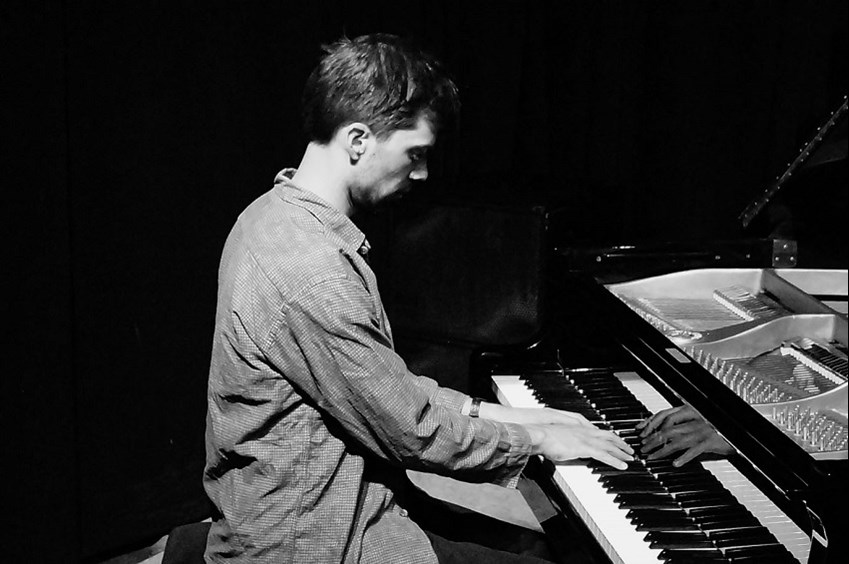 What are the inspirations and sources for your compositions?

JC: Many different things but all musically related. For instance I listen to music or a record which inspires me. I would do something with it but turn it upside down. Therefore it is not clear where the initial reference came from.


You have been educated as a classical musican at the Brussels Royal Conservatory and as a jazz musician in Oslo. What was the reason to move from Belgium to Norway?

JC: It was not really a conscious decision in a course of events that let to the stay in Oslo. I was attracted by the open spirit of the Norwegian music scene. For me I did not see borders between classical music, contemporary music and Jazz in Norway. There are a lot of different subscenes but still very open. I was a formaly trained classical pianist. When I shifted to Oslo it was not a handicap not beeing trained in Jazz.


Thanks for the interview.