A taste of Thunderblender at Ham Sessions 2017 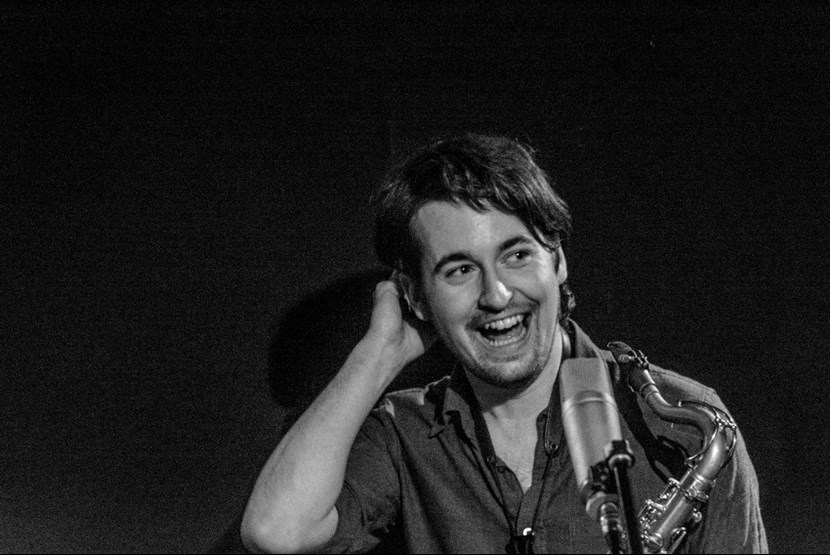 Thunderblender is “a trio led by you”, it says on the website. Why and how did you choose Hendrik and Jens to be your companions?

Sam Comerford: ‘When I arrived in Brussels I had been working as a sideman for years, and wanted to start a group to play my own compositions. I first met Hendrik through the Flemish Conservatory, and was immediately struck by his openness, musically and personally. I tend to write quite dense, dissonant music, and Hendrik has a way of making it sound beautiful, light and open, something I think the music often needs. I had heard him with Casper Van De Velde with SCHNTZL and loved how he was able to play in an open yet melodic way, and fill out bass parts without sounding like an imitation of a bass player on piano. I first saw Jens play at the Chat-Pitre in Brussels. His playing was so compelling that I found myself completely lost in the music, the surrounding world disappearing in the moment. When I asked him to play the music we had never really met, but it immediately sounded right.’ 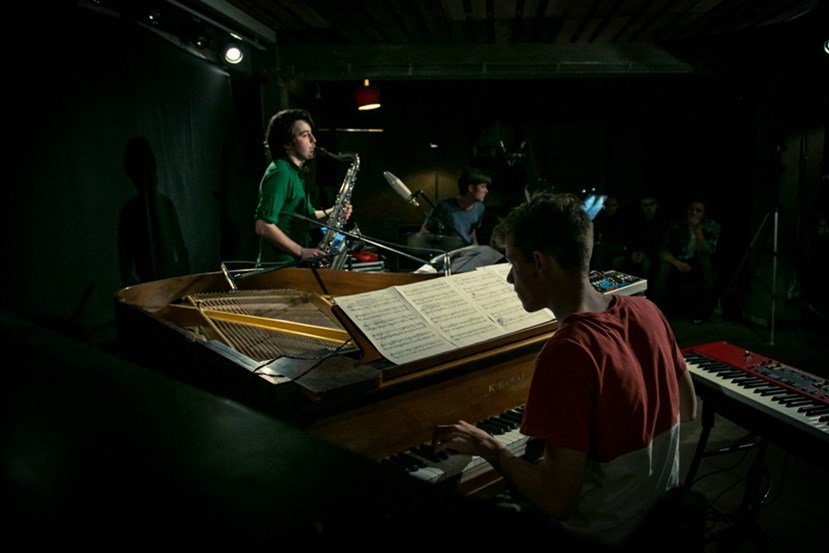 How would you describe the music the trio makes?

Sam Comerford: ‘The basic idea of the music is that it is always moving between order and chaos, written and improvised music. It sounds like moments of quiet beauty, unexpected textures, heavy grooves, and dense contrapuntal writing.  A lot of the pieces are kind of suites that take the listener on a long journey, with lots of room for interpretation by the band. The written music has many layers to it, and can go in many directions.  In the way the material is written for improvising, composers such as Tim Berne and Henry Threadgill are strong inspirations. I want to be surprised by the music every time, and I think that that energy and enthusiasm comes through when we play live.’

Is everything written down and, if so, who is the main composer?

Sam Comerford: ‘I compose all of the music for the group. We memorise all the parts for each instrument, so we can improvise the orchestration. There are lots of completely free sections, and some very involved written parts.’ 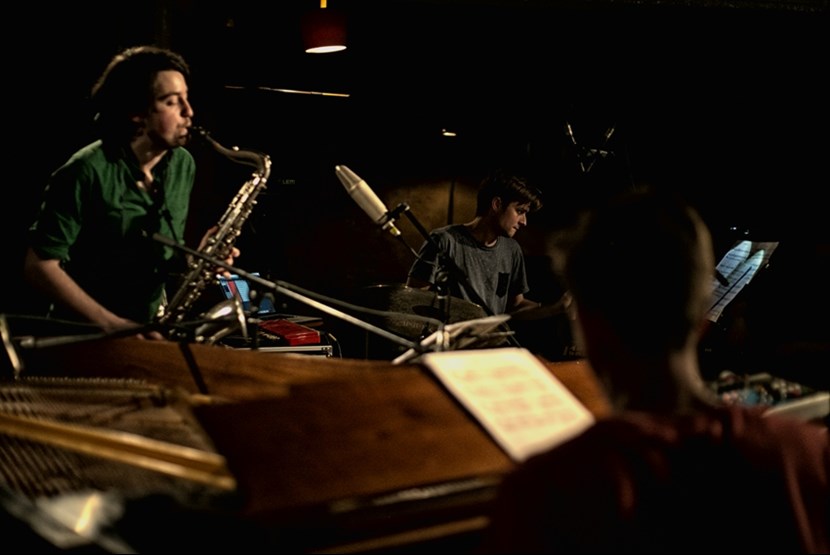 What is your ambition with this trio?

Sam Comerford: ‘Musically, we will keep searching for new ways to construct and deconstruct the compositions. The musical direction can always become clearer. I also want to write more pieces for bass saxophone. It's an underused instrument, with no defined role in jazz music after 1930. It occupies an interesting place in the group, because of the timbre and the fact that it can be used as a melody or bass instrument. In terms of playing live, I want to play the music for as many people as possible! We will release an EP in June, and are working on an album to be released in 2018.’ 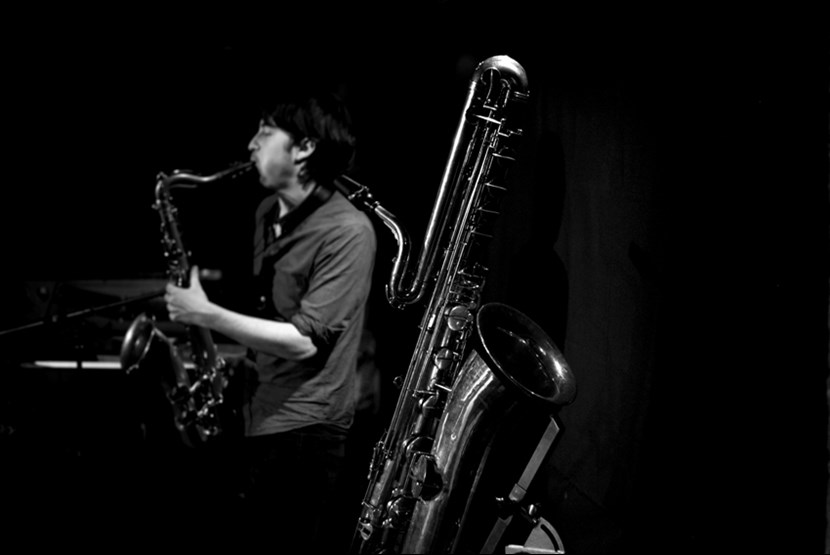 Can you give us a clue about the response of the audiences that attend your concerts?

Sam Comerford: ‘I can't really speak for the listeners, except to say that audience reactions have been very positive! I want to be surprised by the music every time. If it feels too safe or predictable, it's boring. So there's a certain excitement about what will happen, and I think that that energy and enthusiasm comes through when we play live.’

Did the offer from Michel Mast to perform at Ham Sessions come as a surprise?

Sam Comerford: ‘It was a very nice surprise to get the call from Michel. It will be my first time at the Ham Sessions, I've heard great things. It's great to be playing alongside some of my favourite groups in Belgium - I'm looking forward to hearing all the other gigs too!’ 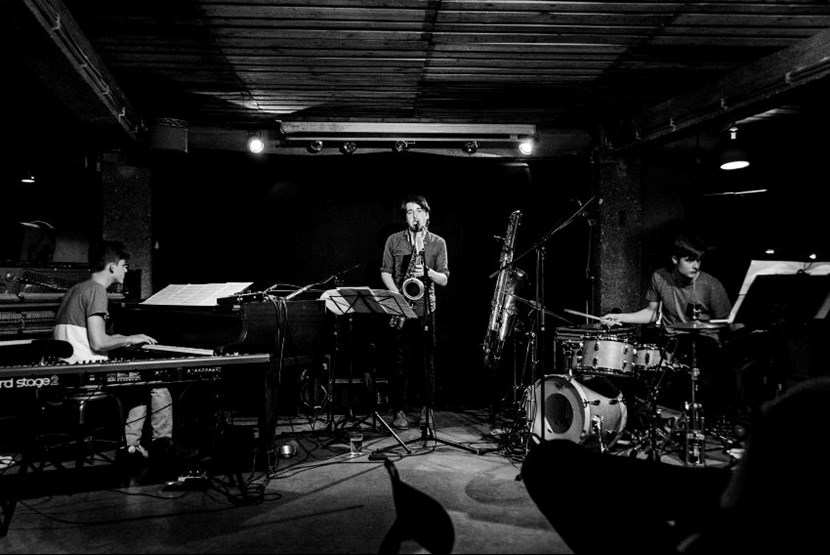 What plans for the future does Thunderblender have?

Sam Comerford: ‘We have lots of plans for the future! In June we'll release a live EP on the Italian label Honolulu Records. It sounds pretty raw but very exciting. As well as playing at the Ham Sessions, we'll play at the Tremplin Avignon Concours on August 4th, and at Vrijstaat O on August 18th. We're currently working on Belgian dates in autumn and winter 2017, and an album and further concerts in Europe in 2018.’ 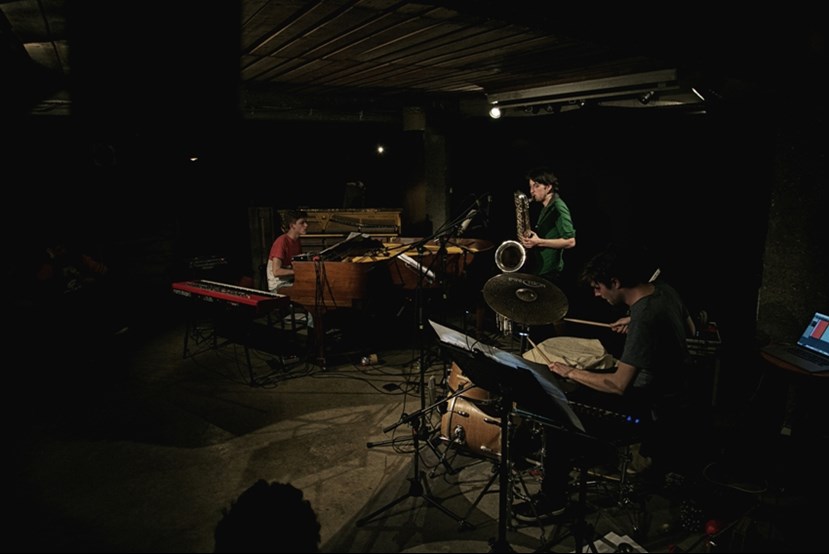