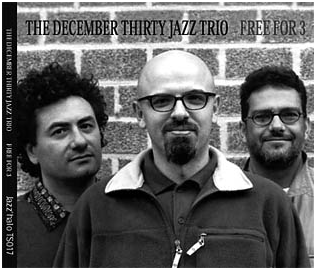 All compositions by the December Thirty Jazz Trio except tracks 3, 5 and 6 by Giorgio Occhipinti and track 9 by Francesco Branciamore

“It is said that time and tide wait for no man. Time, however, has waited for this piano trio. The group's first recording, The Street One Year After, was released in 1991. Since then they have released two more, both in the last decade. As for the tide, it still roars in their favor. The brand new music on Free For 3 feels electrifying, emerging from the heartland of musicians who have an apparent affinity with each other. It is no secret that despite the sporadic trips to the studio, they have been playing concerts together. This, perhaps more than anything else, continues to make them a cohesive force. Freedom is the essence of its expression, but in seeking it the trio does not always desert melody. These players build and expand and often mould an inventive concept out of disparate strands. Pianist Giorgio Occhipinti leads the charge on the first tune, building his story through a scurrying welter of notes that gather momentum, and then, as bass and drums stir the action, explode in euphoric frenzy. The last notes come from Giuseppe Guarrella's bowed bass, which turns out to be the harbinger for “Before the New Street,” where his opening phrases are short and thick. As he goes into a more detailed statement opening the tonality of the bass, drummer Francesco Branciamore tackles time with offbeat phrases and Occhipinti slowly but surely ups the tempo. The third segment is for Branciamore, his accents on the cymbals and snares and his trapping testifying to an unique aesthetic. And then it is melody time, pronounced in a blistering, but nonetheless straight ahead manner. Ochhipinti finds himself in exceptional form on the solo “Novelle Siciliana Per Piano Forte Solo In Forma De Ballata,” his right hand a messenger for delectable melodic resolutions, his left stabbing chords with a deft authority. The third suite is stunning in its intensity without being overwhelming. Once again the clean lines bridge the evolution of the music and make it compelling, as on “Hommage,” where the bent notes and orchestration that Guarrella evokes through arco lead to the calmer pianism of Occhipinti. The equation is altered on “Basic Music,” which emerges imaginatively through the interweaving of the soundscapes each constructs. This one was well worth the wait.”
Jerry D'Souza in allaboutjazz.com (10.2003) 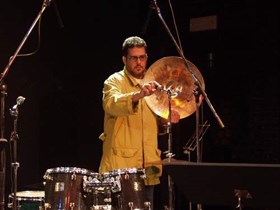 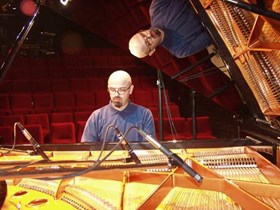 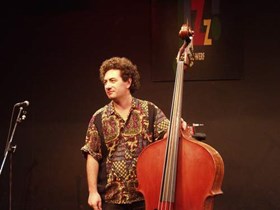 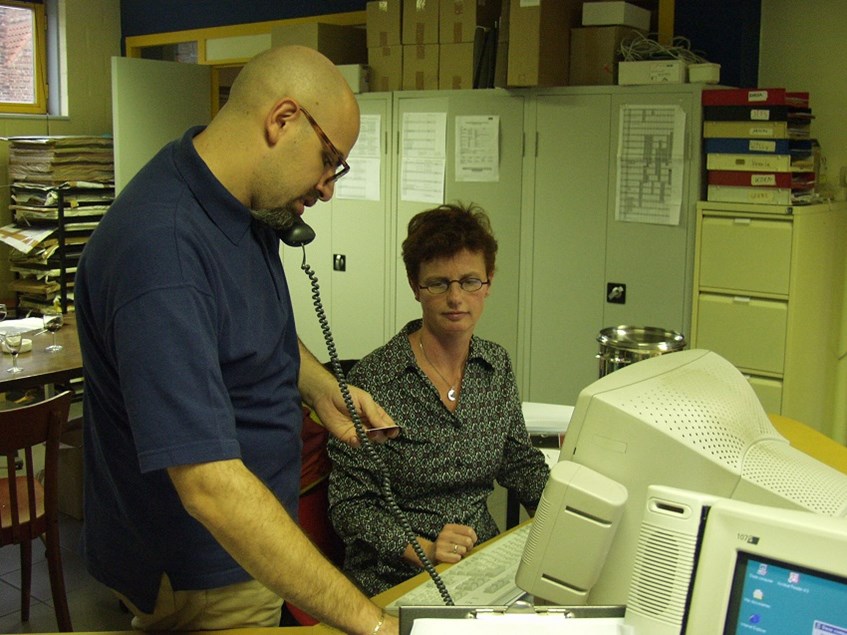