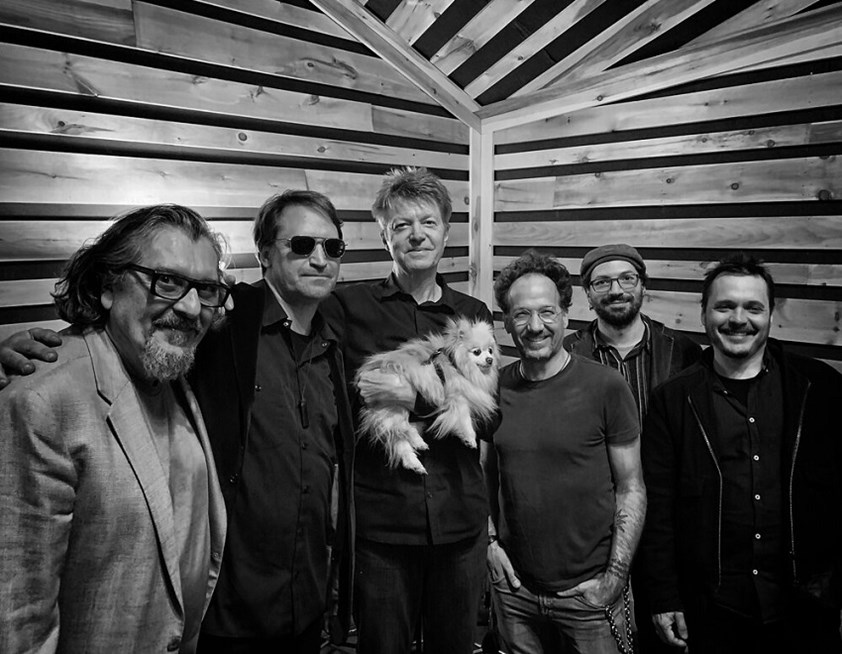 “This band has never even played a live gig together,” explains the intrepid improviser and secret weapon of the rock band Wilco. “So basically, the whole thing was an experiment. We recorded all these jams with the idea that I was going to take tiny fragments of them and create this kind of cut-and-paste, collaged, psychedelic record like an Os Mutantes record or something crazy like that. But when I listened back to these jams, I liked them so much that I wanted to keep them intact. And some of the most startling transitions, they’re not edits. They just happened in the course of these long improvisations in the studio, almost like magic.” 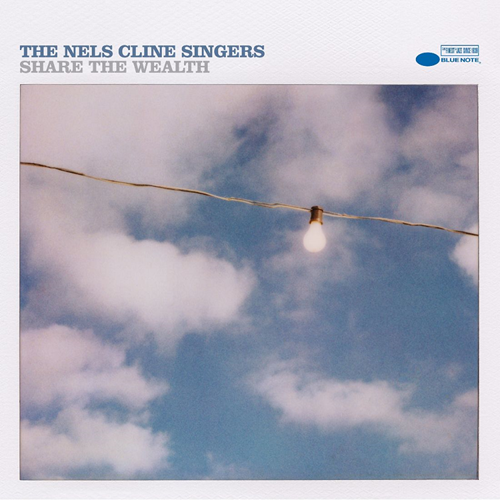 The overall tone of Share The Wealth is quickly established with the startling opener, an explosive take on Caetano Veloso’s “Segunda.” A drone-oriented piece, it gradually builds to an ecstatic peak with Cline’s distortion-laced guitar exchanging frenetic phrases with Skerik’s screeching tenor saxophone and Marsella on Fender Rhodes. The dynamic “Beam/Spiral” travels from the atmospheric opening to pummeling rock, powered by Cline’s aggressive strumming and Amendola’s driving backbeat, with Skerik unleashing over the top with some ferocious tenor in the final minute of the piece.

The epic 17-minute studio improv, “Stump the Panel,” is unapologetically avant-garde, containing some riveting moments of Cline and Skerik going toe-to-toe, while more atmospheric pieces like the spacious and mournful ballad “Nightstand” and the noirish “Headdress” reveal the flexible band’s cooler, jazzier side. The raging wah-wah-laden punk-funk of “Princess Phone” recalls the edgy electronic experiments of Miles Davis’ On the Corner with incendiary Rhodes rampaging by Marsella, while the edgy throw down “The Pleather Patrol,” fueled by Dunn’s bubbling fuzz baselines and Amendola’s slamming backbeat, is straight out of P-Funk. The 16- minute studio jam, “A Place on the Moon,” travels from peaceful Brian Eno-influence ambient soundscape to swirling cacophony and back. Cline’s most intimate moments on Share The Wealth come on his sparse dobro feature “Ashcan Treasure,” in which he is accompanied only by Marsella’s toy piano, and on the solemn requiem “Passed Down,” his personal response to a friend’s suicide.

Recorded in just two days at The Bunker in Brooklyn with Cline and Eli Crews co-producing, Share The Wealth is by far Cline’s most fiercely experimental, cutting-edge Blue Note outing to date. “What little material I brought into the session we just learned and recorded it on the spot,” he explained. “There was no ramp up to this session for anyone to become familiar with the material. I didn’t even send music out ahead of time. We just played it down in the studio.”

Share The Wealth also marks the first time that Los Angeles native Cline and Seattle native Skerik have ever recorded together. “We’ve known each other for almost 20 years but we had never played together until last year,” said Cline. “I was aware of these kind of wacky projects he had like his trio Crack Sabbath that played all Black Sabbath or Syncopated Taint Septet, which was a killer band with a lot of Afrobeat influence, or The Dead Kenny G’s with drummer Mike Dillon. So I’d hear him in all these different bands and you could hear a lot of R&B and lot of Mingus influences in his music. But when I improvised with him at a gig last year in New York City, I heard this other side of him that I hadn’t really paid attention to, which is this kind of Gato Barbieri- Pharoah Sanders thing that he can do. When he hits that stuff, it works my nerves in the best possible way. Just being able to hit that really direct, really strong melodic thing is very rewarding for my ears.”

Regarding the album title, Share The Wealth, Cline said, “I’m no politician but I am very concerned about the concentration of more and more wealth among fewer and fewer people. The percentage gets smaller and smaller and this is bad for society. And I also think that everybody, unless they're sort of subhuman, wants a fair shake for everybody. I think everybody wants to have security for themselves and their families. And I think that a real society should provide that. What can I say? I guess I'm a socialist.”