Nels Cline has been living with Lovers for a long time.

Lovers, a double-album, features Cline performing both originals and covers, including songs by Sonic Youth, Arto Lindsay and more, and it includes the ensemble work of 23 different musicians. “I Have Dreamed,” penned by Rodgers and Hammerstein is one of the several standards on the record. Cline also says the album was inspired by Bill Evans, Johnny Mandel and others. 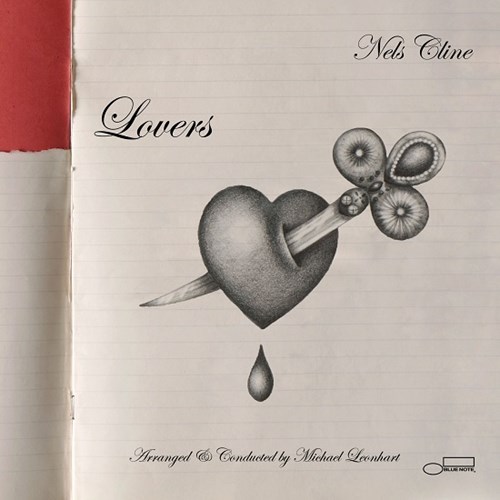 Nels Cline has been living with Lovers for a long time.

“I first thought of it in the ‘80s,” he says. “I would sit on airplanes and make lists of songs, add things and cross things out and make arrows. I always wanted the record to be a somewhat dark and disturbing ‘mood music’ record. My idea was that it would reflect some less-traveled aspects of the idea of romance, love, and sex. It’s gotten a little more upbeat and more varied over time. It has a lot more light in it—as does my life, I suppose, at this point.”

Not that Cline, named by Rolling Stone as one of the “100 Greatest Guitarists of All Time,” has had a shortage of things to do. He has led various groups of his own, most consistently the avant-garde ensemble the Nels Cline Singers, and appeared as a guest or feature player on more than 200 albums. In addition, for the last dozen years, he’s been a full-time member of the acclaimed rock band Wilco.

Yet the idea for a “mood music” project that tapped into the sensual, atmospheric sound and feel of a bygone era never stopped calling to him. After bringing it up with various record companies over the years, it was finally Cline’s friend, poet/producer/protagonist David Breskin, who kept on him about the concept, eventually helping to secure the funding that would make such an ambitious work possible. When Cline met composer/arranger Michael Leonhart, he found a kindred spirit who keyed into such inspirations as Gil Evans, Quincy Jones, Gary McFarland, Johnny Mandel and Henry Mancini, and who Cline believed could help translate the grand dreams inside his head.

“I was too daunted by the task,” says the guitarist. “I would have been better at attacking it myself had I done it sooner, but I think it had been built up in my mind way too much. As Michael and I were hanging out, I just knew that he understood what the palette was and what the moods were—that I didn’t want a lot of saxophones, I wanted clarinets and flutes, and that the material was going to be very wide-ranging.”

Some of Cline’s initial selections (“Secret Love,” Jimmy Giuffre’s “Cry, Want”) tenaciously stayed on the list. Other songs—from sources as diverse as Sonic Youth, Rodgers and Hammerstein, and Gabor Szabo—plus five of Cline’s own compositions, made their way onto the Lovers line-up over time. Even though they weren’t to be sung, a song’s lyrics were of great importance to Cline. Finally, the team of Cline, Breskin, and Leonhart assembled a group of 23 stellar musicians along with recording engineer Ron Saint Germain to record for five full days, plus an additional day of adding strings and harp. And when Cline looked at all they had accomplished, he discovered layers of meaning that he never anticipated.

“When I put it all together, it started to make more sense,” he says of the 18-track double album. “Before that, it seemed almost absurd in its sprawl. But I saw that, in addition to this specific aesthetic that I feel great love for, it had started to go down an almost chronological path of musical awareness in my own life. First, my awareness of Bill Evans or John Abercrombie, and then, as it gets later in the program, things that represent more of the ‘80s and ‘90s come in, and that’s when I start to bring in some of the darker elements as well.

“And then it ends with a piece [“The Bond”] dedicated to my wife—I wasn’t initially thinking it was going to end the record, but if that piece is there, it has to be last. So it became this weird timeline of my aesthetic life, and an emotional story.”

The primary objective of Lovers never really wavered since its initial conception: exploring the frisson resulting from the juxtaposition of the theme from the controversial, transgressive film The Night Porter with something as mellifluous as “I Have Dreamed” from The King and I. (“It always seemed like a bit of a balancing act that I wasn’t sure I could pull off,” says Cline.) But he notes that the final song choices also honor a lifetime of friends and inspirations.

“Jim Hall and I became friends in the last few years, and ‘Secret Love’ was really a tribute to him,” he says. “Doing Sonic Youth’s ‘Snare, Girl’ is a tribute to Sonic Youth, of course, but also makes me think of Bollywood music, and of ‘Moonlight Mile’ by the Rolling Stones, for those strings. ‘It Only Has to Happen Once’ by the Ambitious Lovers—I love Arto Lindsay and he’s a big influence on my guitar playing, but that’s also an homage to Marc Ribot, and to how much I was following the scene in New York in the ‘70s, ‘80s, and ‘90s. So once we knew what the pieces were, I realized this wasn’t just a random collection of obsession and inspiration, it was a cool musical program with its own kind of internal logic.”

Cline expresses a special passion for “The Search for Cat,” a Henry Mancini composition from Breakfast at Tiffany’s that wasn’t on the soundtrack, didn’t even have a title, but was a music cue in the film that he was infatuated with. “On the record, that’s the piece that catapults you into my real idea of what the record is,” he says. “It has a certain drama, rather than just sweetness or a wan sensibility or feeling. That movie is extremely important to me and my family, and the music is so phenomenal, it’s the kind of writing that I aspire to myself.”

As Nels Cline prepares for a few, select live performances of the material on Lovers—first at the 2016 Newport Jazz Festival, and then next year at UCLA and SFJAZZ—he still sounds amazed that he has actually pulled off this decades-long quest. In the end, it was the recording of one of his own songs that convinced him he had delivered on his vision.

“When I heard a piece of mine called ‘Hairpin & Hatbox,’ and I heard the way Michael had orchestrated it, I thought ‘This is really happening!’,” he says. “It really sounds like a record from a certain time, yet it’s my piece. So I was surprised by my own music—and happily surprised that this was all coming out better than I could have dreamt.” 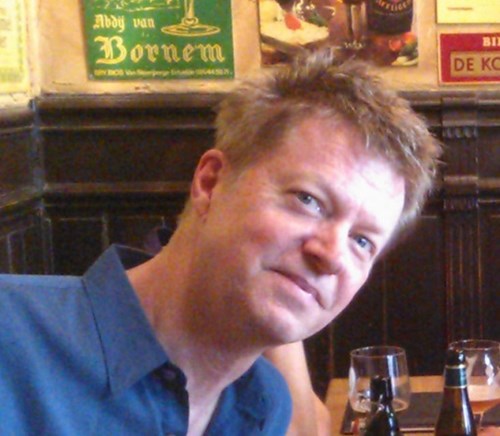 I have been dreaming about, planning, and re-working my rather obsessive idea of this record for well over twenty-five years, and it was always going to be called Lovers. It is meant to be as personal in its sound and in its song selection as it is universal in its endeavor to assay or map the parameters of “mood” as it once pertained, and currently pertains, to the peculiar and powerful connection between sound/song and intimacy/romance. In this, I hope Lovers offers something of an update of the “mood music” idea and ideal, while celebrating and challenging our iconic notion of romance.

arranged and conducted by MICHAEL LEONHART