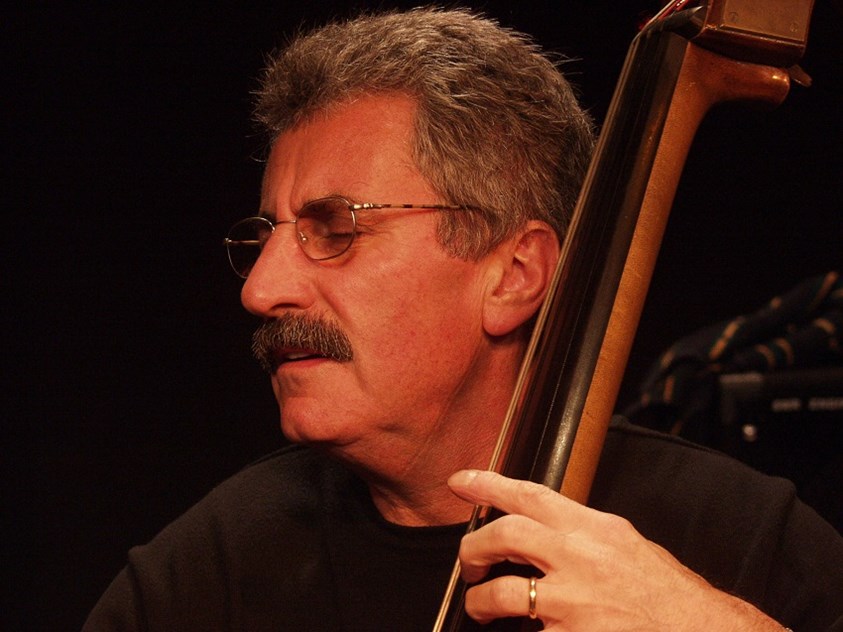 Bassist/composer Mario Pavone turns 80 on November 11th. Like the postman undaunted by rain, sleet, snow or hail, nothing, not even a pandemic, will keep the Litchfield Jazz Fest from marking this major milestone in the life of a musician who deserves all the accolades we can bestow on him. Litchfield Jazz will host this tribute with Mario himself and his Dialect Trio doing the honors on October 23 from the Telefunken Soundstage. The performance, at 7:30, will be live streamed and free to the public, accessible through the Litchfield Jazz Festival website.

Mario Pavone fell in love with the bass in college studying engineering, a skill he’d never practice as his fate was sealed in 1961 when he heard John Coltrane play at the Vanguard. When Coltrane died, this fledgling engineer put down his slide rule, walked out of his office, and went to Coltrane’s funeral. And he has never looked back.

For 60 years, Pavone has been part of many pivotal milestones in avant garde jazz with other great innovators. In the 70s he played with the likes of Wadada Leo Smith, Anthony Braxton, Bill Dixon, Paul Bley, Dewey Redman, Carla Bley and others.

By the mid 80s he was part of the “downtown scene” centered around the Knitting Factory in New York. It was there he met the brilliant alto saxophonist who became Lionel Hampton’s arranger and music director at 21, Thomas Chapin. The meeting led to the formation of a trio that recorded and toured worldwide for six years until leukemia claimed Chapin’s life at 40. Litchfield Jazz had the honor of presenting Chapin with Pavone on the first Litchfield Jazz Festival in 1996 and then Pavone with Chapin’s band the very next year. In ‘96 some of the audience looked a bit bewildered.  In ‘97 they got a standing ovation! 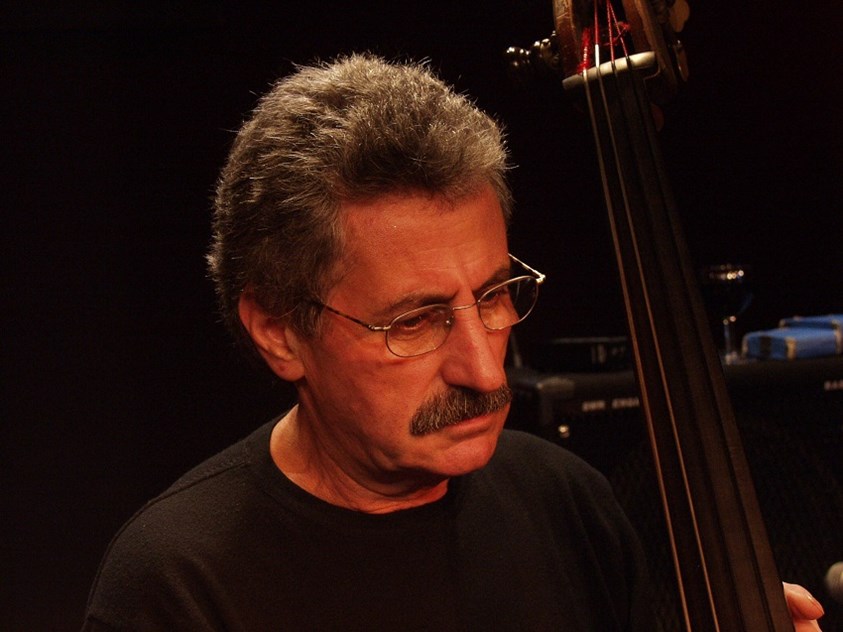 Tyshawn Sorey, a multi-instrumentalist, on drums in Dialect Trio, is a 2017 MacArthur Fellow as respected for his classical chamber and opera compositions as he is for his work with the bands of Vijay Iyer, Jason Moran and John Zorn. Pianist Matt Mitchell, a Pew Fellow and Doris Duke Impact Awardee, has collaborated with, among others, Dave Douglas, Rudresh Mahanthappa, Donny McCaslin and Lee Konitz.

Mario Pavone is a recipient of a Chamber Music America/Doris Duke New Works Grant and a Connecticut Commission on the Arts Distinguished Artists award. To date he’s made more than 30 recordings as a leader. A Renaissance man, he is an avid gardener and cook (lately obsessed with soups) and a photographer whose work has graced the covers of dozens of albums.

Pavone’s dedication to cutting edge music, its performance and composition has never faltered, and he never tires of showing us all—if we are willing to take a deep dive and really listen—he will take us along on a ride we’ll long remember.