Fred Van Hove at 80 ‘Celebrating Free Music and Minds’ is a two day festival celebrating the career and the 80th birthday of the internationally renowned piano player and pioneer of free improvised music Fred Van Hove. His valuable musical contribution to the improvised music scene for the last 50 years, next to his his pioneering roll as promotor – 34 editions of the Free Music Festival – and his ongoing battle for decent support, status and opportunities for improvising musicians are prominent issues at this two day festival.

The influential roll that Fred Van Hove plays in the development of free improvised music, jazz, free jazz and adventurous music is obvious going by the positive and international respons of artists to participate in this celebration. Pioneers and newcomers, renowned players, local and international guests and surprising combinations will be presented in a unique and accessible festival environment. Together with Fred Van Hove, the invited guests will honour a very rich musical past and give us a glimpse of what the future holds.

Fred Van Hove (1937) is an improvisor and composer, plays piano, (church) organ, carillon and accordion. After his studies in music theory, harmony and piano he plays diverse styles of jazz and dance music before he forces a breakthrough with local musicians (Van De Ven, Wanders, Zinzen) in the field of improvisation. Since 1964 he works as a professional freelance musicians and belongs to the first generation of European free improvisors. In 1968 – with Peter Brötzmann, Buschi Niebergall, Peter Kowald, Han Bennink, Sven-Åke Johansson, Evan Parker and Willem Breuker – he puts European improvisation on the international map with the legendary Machine Gun lp. Later he confirms his status as innovative improvisor as part of a trio with Brötzmann and percussionist Han Bennink.

In the early seventies he recorded a solo album for the Belgian Vogel Records followed by a duo album with the Antwerp saxophone player Cel Overberghe. Complete Vogel Recordings – reissued by Atavistic Records – is labeled as one of the all time classics of European improvised music. Fred Van Hove is one of the founding fathers of WIM (Werkgroep Improviserende Musici) – a nonprofit organisation that since 1972 actively supports and defends the interests of musicians in the field of jazz and improvised music. Van Hove and the WIM organisation also initiated and organised 34 editions of the highly influential Free Music Festival.

Since then Fred Van Hove works on a continuous base with just about all the big jazz and improvised music players: Evan Parker, Paul Lovens, Steve Lacy, Tony Oxley … In 1996 he was appointed as Cultural Ambassador of Flanders by the Flemish Government, in 2010 he received the Sabam award as established artist. 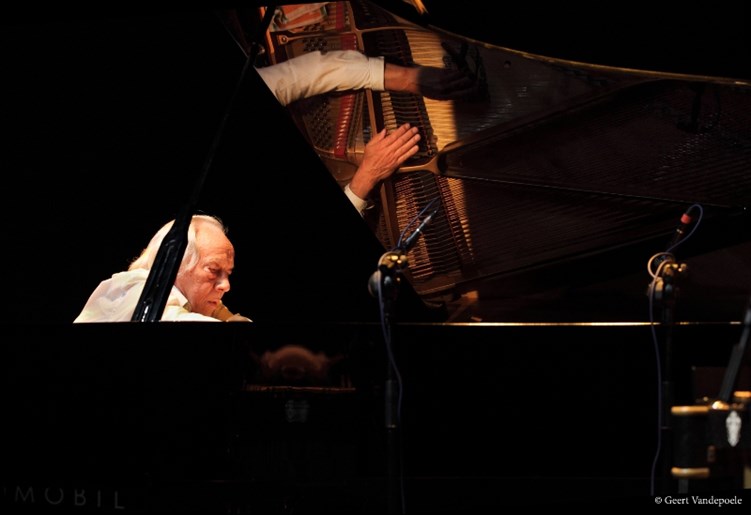 With the Belgian – Berlin based – vibraphone player Els Vandeweyer and the German percussionists Paul Lovens and Martin Blume, Fred Van Hove assembles a unique set of instruments (percussion only) and brings three different generations of improvisors to the stage in a challenging quartet. Quat is one of the most active ensembles initiated by Van Hove that can be seen and heard on the international stage.

There’s nothing more exciting and beautiful than hearing the new generation of improvisors taking in and developing the legacy of pioneers like Fred Van Hove. After finishing their courses at the conservatory Seppe Gebruers (piano) en Niels Van Heertum (euphonium, trumpet), both active in Ifa Y Xango, profile and establish themselves more and more as talented and eager musicians and improvisors. On Fred Van Hove’s request they dive head first into a collaboration with the Antwerp based cello player Gino Coomans known for his work with the improvising trio Sheldon Siegel.

MLLH4 was the name of the Belgian quartet that composers, piano players and improvisors Walter Hus, Christian Leroy, Fred Van Hove and Eddy Loozen formed in 1984. Van Hove now seizes the opportunity together with Hus and Leroy to honour and salute Eddy Loozen, the piano player, avant-gardist and renowned innovator that passed away in 2014. 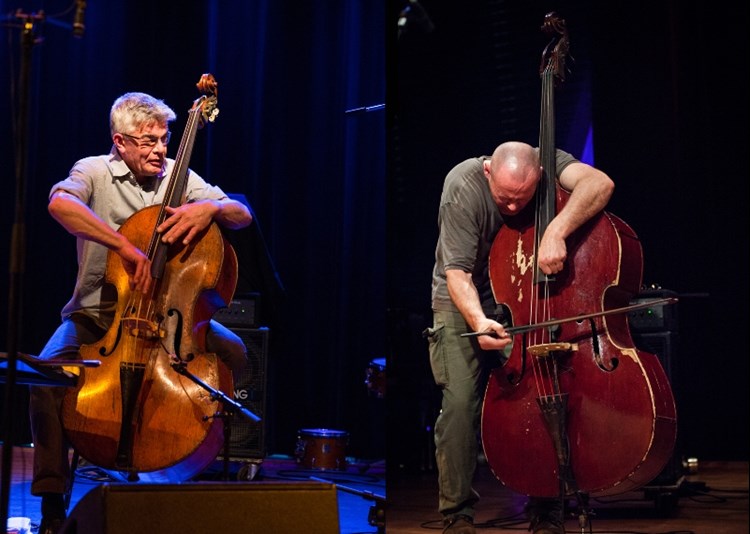 Bass player and visual artist Peter Jacquemyn is one of the youngest members of WIM (Werkgroep Improviserende Musici) and an international seasoned and in demand sparring partner as improvisor. Together with the Dutch bass player Wilbert de Joode (Ab Baars Trio, Misha Mengelberg, … ) – who received the prestigious Buma Boy Edgar Award in 2016 – Jacquemyn will form a challenging bass only duo. 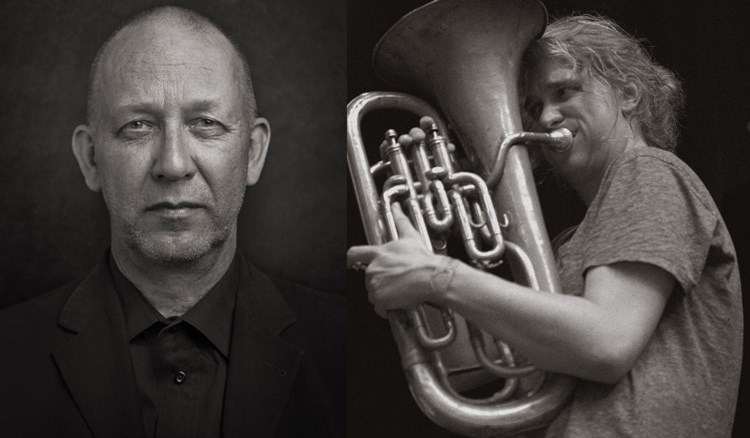 This trio is an unprecedented combination with a quality stamp from the Lowlands. the Dutch cello player Ernst Reijseger is known as an extremely skilled improvisor and a musical acrobat. He gathered world wide succes with the famous Clusone 3 and in a trio with Georg Gräwe and Gerry Hemingway with whom he played at deSingel in 2009. Reijseger and Van Hove shared the stage already years ago. For this occasion the they tale the young euphonium player Niels Van Heertum (Bolhaerd, Linus, Vvolk) in tow.  Or is it Van Heertum who takes them on an adventurous trio?

The English trombone player Sarah Gail Brand is a highly motivated improvisor, collaborated with many renowned artists – Evan Parker, Phil Minton, Veryan Weston – and enjoyed international fame for her musical contribution for Steve Lee’s Comedy Vehicle a comedy show on BBC television. For this special occasion Gail Brand will perform for the first time in a trio wuth percussionist Mark Sanders and multi-instrumentalist, piano player and producer Steve Beresford.  Sanders and Beresford are no strangers to Fred Van Hove, a guest roll of Fred is not unlikely… 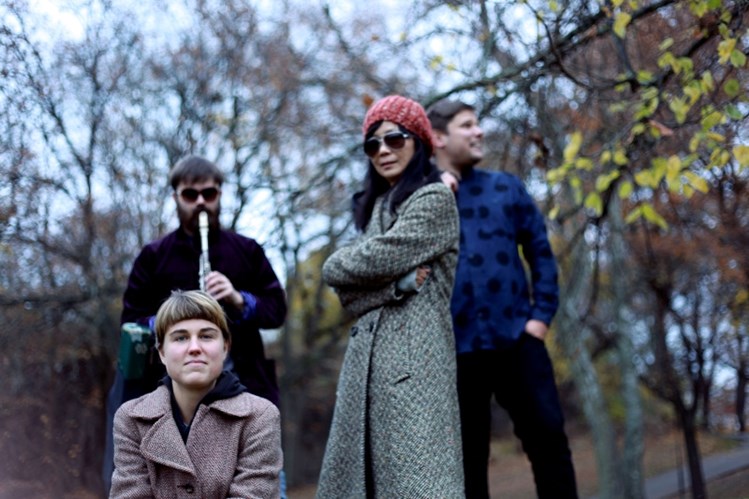 Not only in Belgium but also in the Scandinavian countries free improvised music enjoys a renewed interest and dynamic. Also female musicians – see the presence of Els Vandewyer and Sarah Gail Brand at this festivalop – are more and more common in the world of free improvised music. A perfect example of these facts is the well balanced (female/male) and adventurous Swedish quartet Festen with piano player Lisa Ullén, bass player Elsa Bergman, percussion player Erik Carlsson and reed player Isak Hedtjärn. 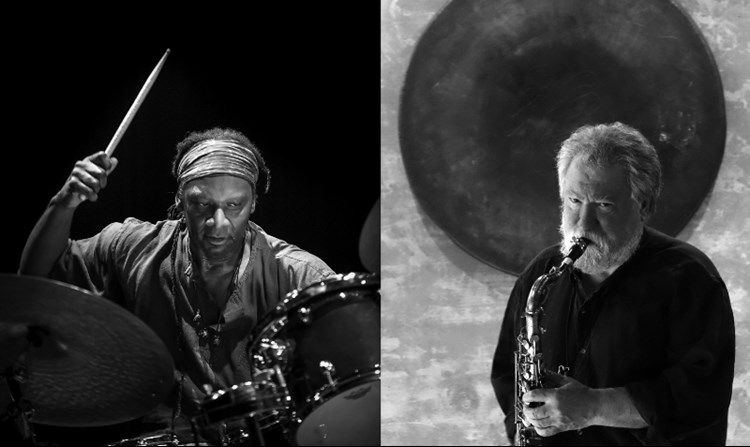 The American master percussionist Hamid Drake managed to generate an unprecedented public interest during one of the Free Music Festivals with Die Like A Dog, a trio with William Parker and Peter Brötzmann. So it doesn’t come as a surprise that Drake, with his otherworldly grooves and boundless creativity is one of most wanted percussionists world wide. For this special occasion Fred Van Hove teams up Hamid Drake with the English saxophone player Evan Parker one of the heavy weights of free improvised music. Just like Van Hove, Evan Parker was part of the Peter Brötzmann Octet that in 1968 created one the most important reference works in European free improvised music – Machine Gun. The mind blowing duo of Drake and Parker will expand into the ultimate trio when Fred Van Hove will join them for a part of the concert. 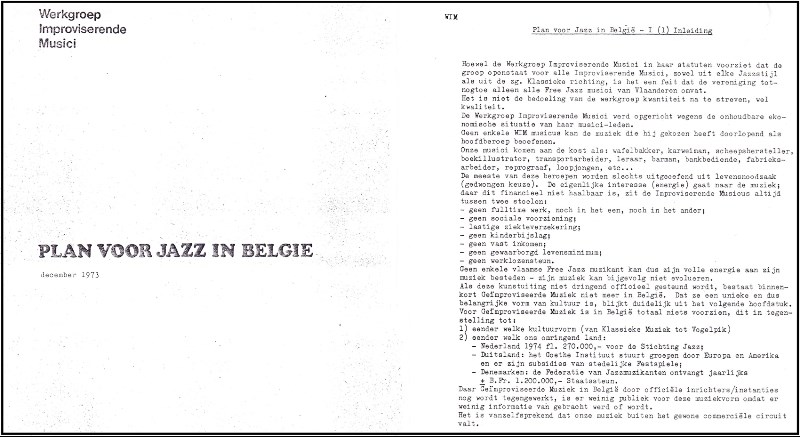 With 34 editions of the internationally acclaimed Free Music Festival and years of commitment to support and protect the interest of musicians active in the free improvised music the non-profit organisation WIM (Werkgroep Improviserende Musici) – of which Fred Van Hove is co-founder – and the musicians involved deserve a major and exemplary spot at this festival. Therefore the WIM Ensemble will provide a more than appropriate final chord in honour of Fred Van Hove and his rewarding career.