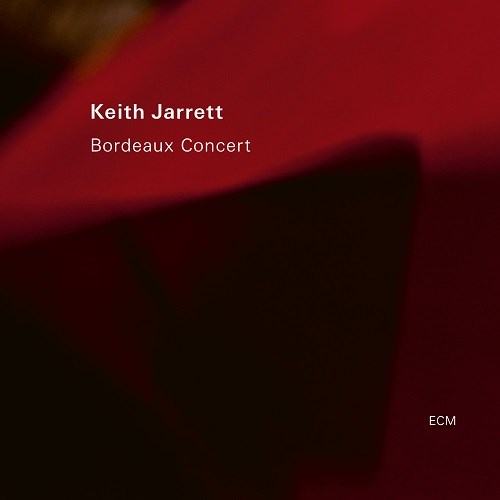 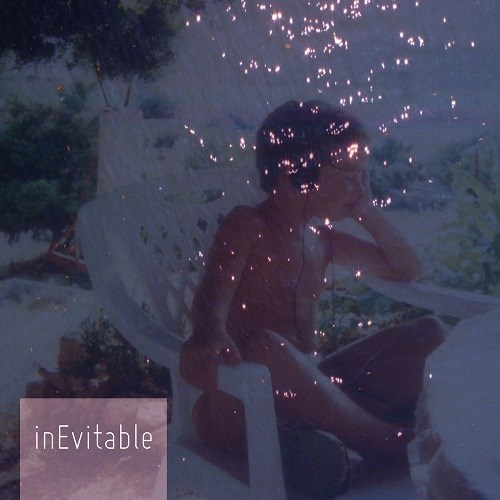 "The young Berlin vibraphonist Evi Filippou leads a very colorful quintet for a journey between Greek reminiscences (her country of origin), crazy gospel and other Berlin delicatessen. A very poetic, dynamic album that tickles the ear whenever possible. The vibraphonist composes or arranges a large part of the repertoire and thus reveals her writing talents which come in addition to a very open mastery of her instrument. A very beautiful record of a promising artist to be followed very closely." 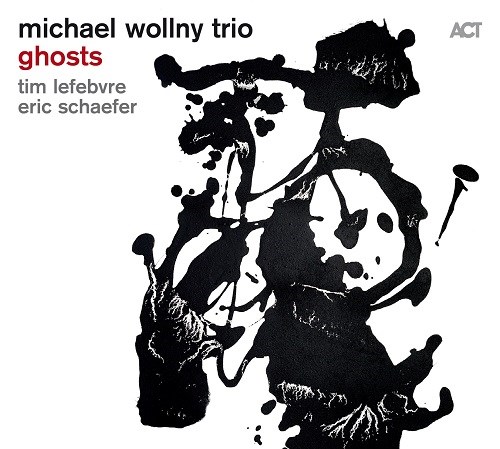 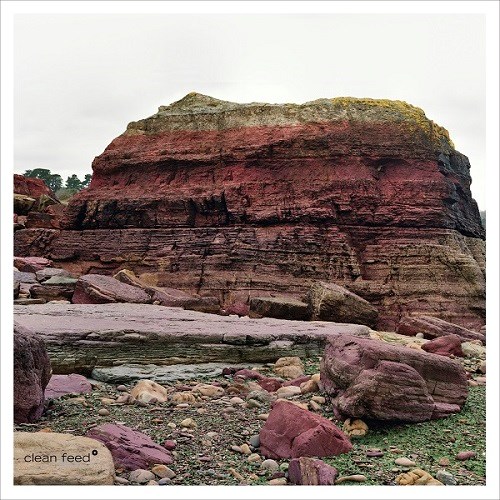 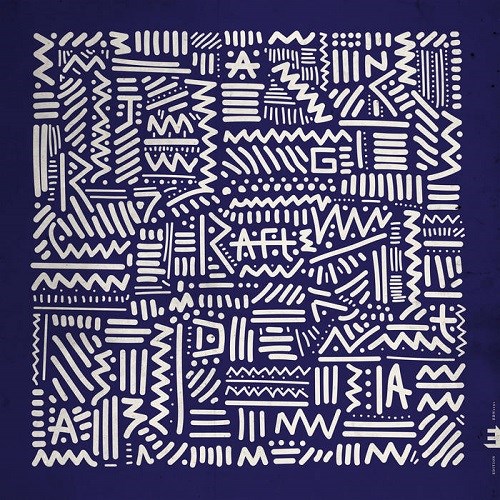 "The influence of Keith Jarrett, Chopin (see his album Mongrel) and Portuguese fado legend José Afonso creeps into Jangada. Jangada refers to the traditional fishing boat made of wood used in the northern region of Brazil. Mário Laginha thus threads the compositions together like pieces of driftwood. Together with Bernardo Moreira (double bass) and Alexandre Frazão (drums), he now once again forms the trio that in a previous album Mongrel (2010) chose Chopin as inspiration. It is pleasant to be in the sound world of the Portuguese pianist Mário Laginha and it is high time to discover more from him. Top album!" (Bernard Lefèvre) 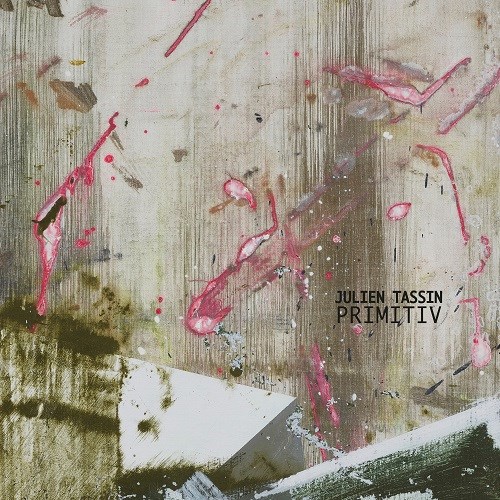 "'Primitiv' is a different record, a unique, elegant and poetic creation from a guitarist who has found an original path in solitude and has succeeded in realising it with honesty, sensitivity and talent." 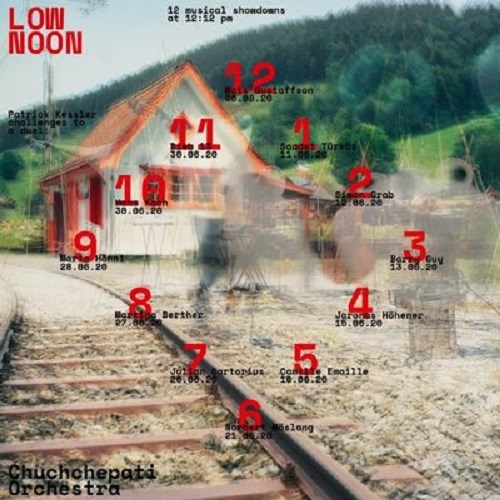 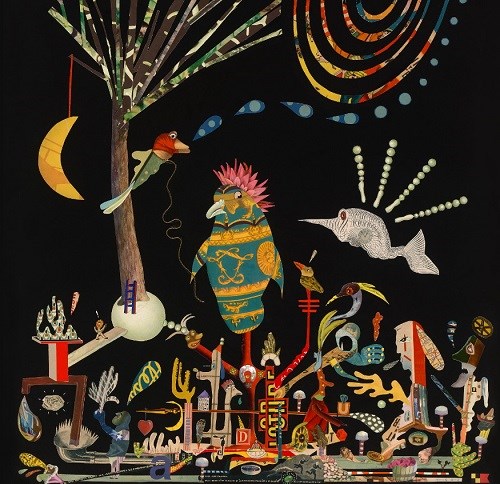 "A great direction indicator offered by the Virginia quintet for artists of the jazz school, hip-hop and big band music. This triple combination is musically relatable, and in a modern way, evoking interest in a diverse audience. The difficult mission of combining the sound of a big band with rap is solved simply and elegantly in this album – additionally using the legendary Roland TR-808 drum machine. Production is done so skillfully that everything really works together. In addition, the guys have completed the entire mega-project with their own hands, which is a great pleasure for both themselves and the listeners. A good example of the fact that jazz is still relevant and a genre that is always looking for new ways of expression. This would definitely be worth seeing in concert as well." 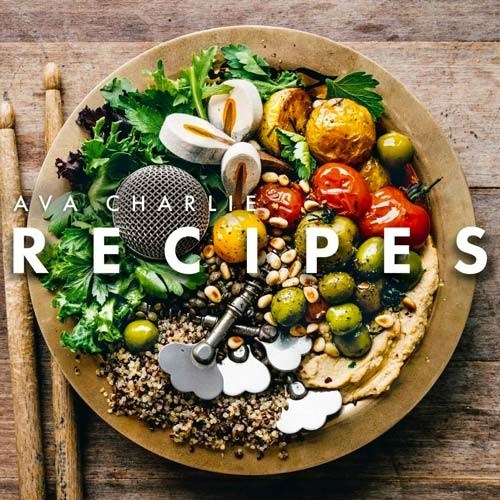 "Ava Charlie has an unusually beautiful, warm and soft voice. The singer seems to feel just as comfortable in intimate, personal ballads as in jazz, and she is not afraid of free improvisation either. Her backing band has a sound that ideally suits the expressive and committed interpretations of these very interestingly composed and arranged songs. In addition, the album is beautifully and lavishly produced. A great debut, we are thrilled!" 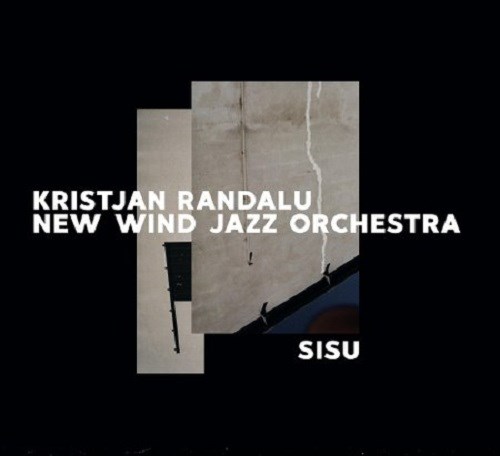 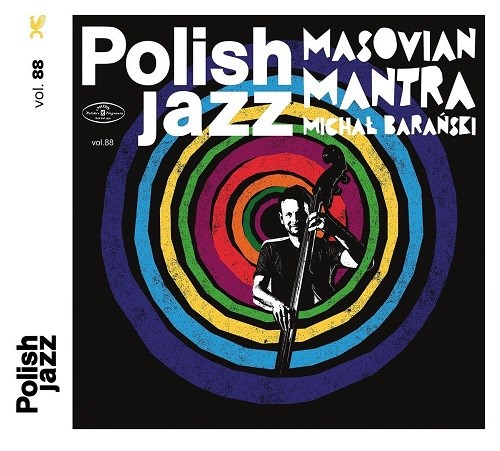 "Michał Barański has been one of the most in-demand bass players on the Polish jazz scene of the past two decades, working with practically every major musician who matters. Now comes his sensational debut album as leader. “Masovian Mantra” is an artistic event. Released by Polskie Nagrania/Warner Music Poland in the venerable “Polish Jazz” series, it puts Barański’s effort in the pantheon along with the masterpieces left by such illustrious predecessors as Komeda, Namysłowski and Stańko. Polish jazz has traveled a long way since its golden era of the ’60s and ’70s. Barański’s daring concept is bulit on the solid foundation of modern jazz, stretching out to encompass the rich tradiditon of Polish folklore, as well as the Indian technique of konnakol singing, in which he excels. His original compositions are unusually complex, rhytmically and harmonically, but at the same time appealing to the untrained ear. Michał Barański plays acoustic and electric basses, his konnakol vocals are breathtaking. Joining him are his longtime cohorts: Michał Tokaj on piano and keyboards, and Łukasz Żyta on drums, and several very special guests, including Israeli guitarist Schachar Einatan. Masovian Mantra is a stunning achievement. Don’t miss it." 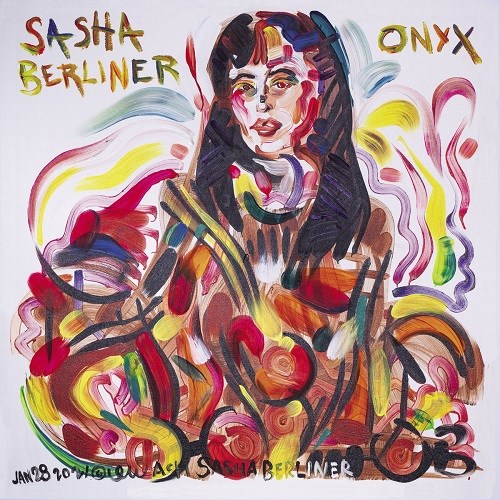 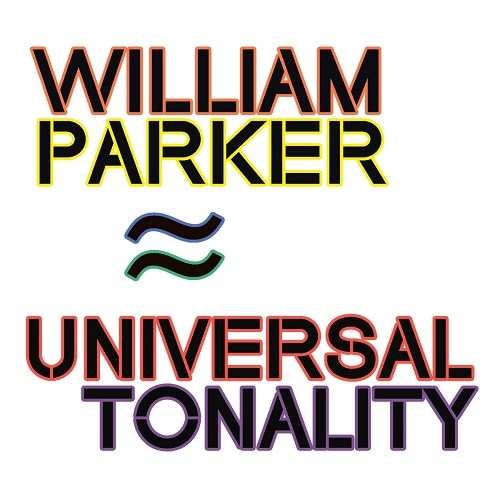 "It is not primarily the solos and the individual playing that is the strength of this recording, although several of the musicians deliver strong and fine contributions. Here it is the collective that is the most important thing, which is reinforced by Parker's lyrics, which are performed intensely and sincerely by Leena Conquest. And throughout, Parker's steady bass and Cleaver's drumming are in place so as not to turn this into a pure free jazz session. Their playing is almost like hearing Charles Mingus and Danny Richmond at their best, driving the whole thing to become a heavenly, musical experience. This has become one of the absolute best, most exciting and creative recordings of the year. And no one can believed that the recording was made in 2002, it not have been for the fact that we know that several of the central musicians are no longer with us. But I'm sure they sit and smile at the result while they are waiting for the next "jam session" in heaven. And I am convinced that many good stories from the recording session are sent over the table. William Parker (b, dilruba, shakuhachi, donso'ngoni, comp), Jin Hi Kim (komungo), Miya Masaoka (koto), Billy Bang (vio), Jason Kao Hwang (vio), Joe Morris (g), Dave Burrell (p), Leena Conquest (v), Steve Swell (tb), Grachan Monchur III (tb), Daniel Carter (s, brass), Matt Lavelle (tp), Rob Brown (as), Cale Bradley (ts), Jeome Cooper (balafon, chiramia, keys, dr), Roger Blank (balafon), Gerald Cleaver (dr) – What a gang!" 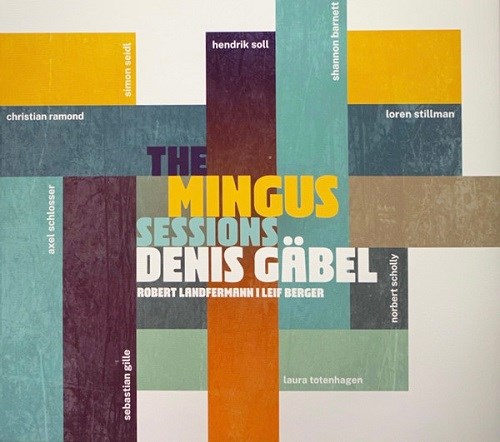 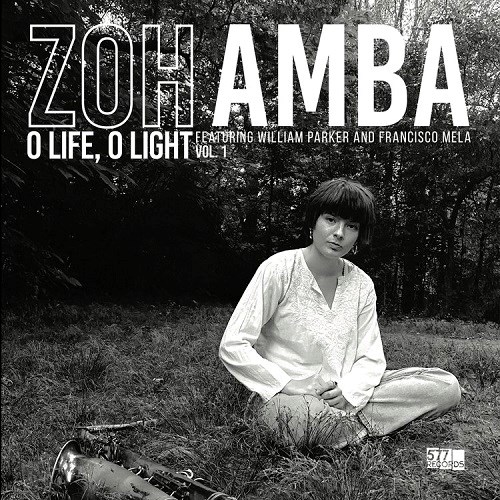 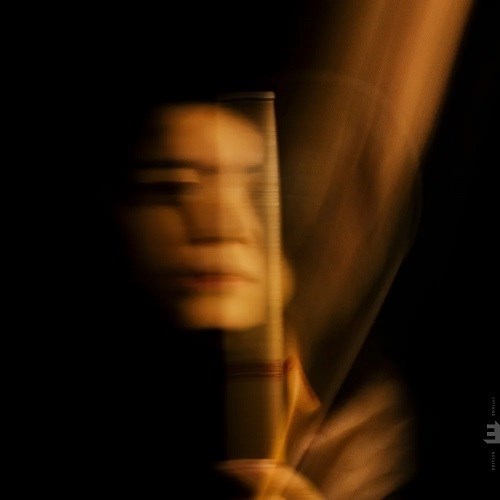 "Drummer Sun-Mi Hong is one of the most flaming and surprising young forces on the present Amsterdam and European scene. She has a very strong inner concept that enables her to adapt to a wide range of challenges with her fearless inspirational presence. Her drumming is hard hitting,loose and quick with a permeating vibrational impact in the music.  Sun-Mi Hong is recipient of the Premio Internationale Giorgio Gaslini 2022. She can be seen at a greater number of festivals through  Europe a.o. Jazzfest Berlin, Enjoy Jazz and Parma Frontiere during upcoming months." 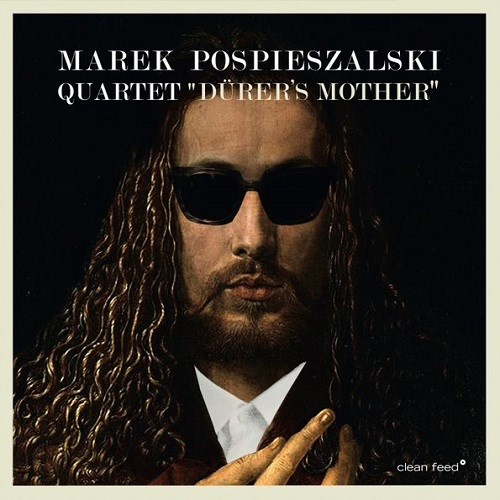 "Polish saxophonist  Marek Pospieszalski was listed as one of the 25 most promising musicians in Europe by JazzThing.   Pospieszalski leads a quartet with Elais Stemeseder on piano, Max Mucha on bass and Max Andrzejewski on drums. The quartet's latest album, Dürer's Mother, presents interpretations of the music of classical composers from the 19th and 20th centuries, from Schubert to Britten to Lachenmann, which lead into excellent free improvisations." 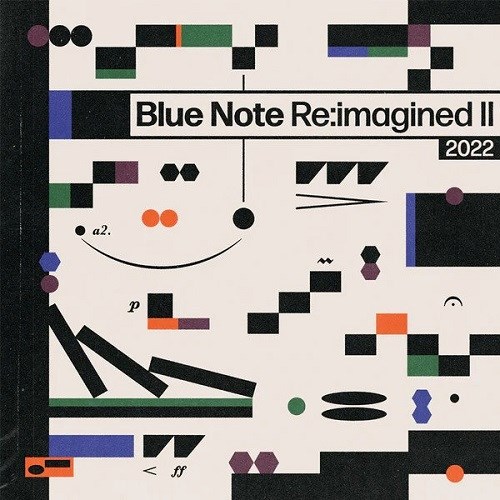 "Swedish Tobias Wiklund cultivates the dark and round cornet in alliance either with Simon Toldam (p), Lasse Mørck (b) and Daniel Frederiksson (d) – or Jonas Lindeborg (tp), Karin Hammer (tb), Staffan Finding (euph), Magnus Wiklund (tuba) and Daniel Frederiksson (d). All from Denmark or Sweden. The music is flying and has an almost esoteric quality and it is completely acoustic. In Wiklund’s words: It’s all about creating “a unity, greater than the individual.”  The selections presented on SILVER NEEDLE are written by Wiklund except two. The music is modern and exceptional but rooted in the jazz tradition all the way back to Louis Armstrong."