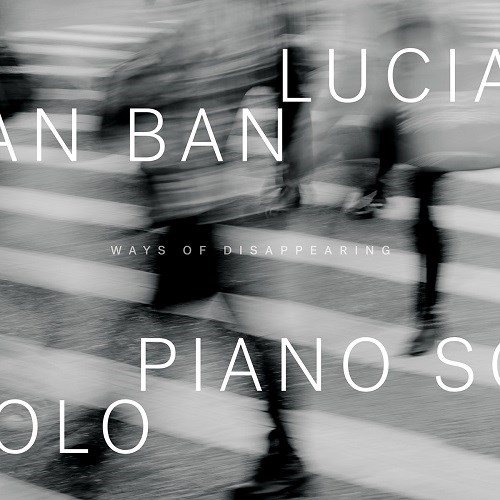 "Lucian Ban’s mesmerizing new recording of solo piano improvisations, Ways of Disappearing. Recorded in his native Transylvania in the stunning Baroque Hall in Timisoara, in May 2021, in the midst of a world standing still, the album represents a daring addition to the genre and is a powerful and uncompromising statement for his first unaccompanied solo album. Co-produced with longtime collaborator, violist Mat Maneri, the album presents 14 pieces and improvisations’ including Lucian’s chilling takes on two modern jazz standards, by Annette Peacock and Carla Bley, respectively." 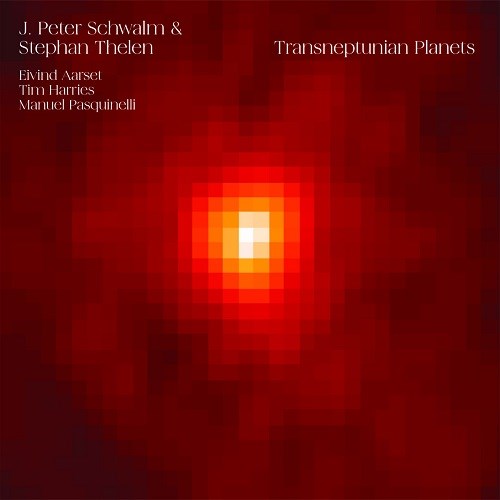 "Innovation is art’s lifeblood. J. Peter Schwalm and Stephan Thelen are innovators both in their own right. In their never ending exploratory quest they have tapped into new areas of sound and form, Schwalm in the field of electroacoustic sculpture, Thelen with a distinct emphasis on repetitive structure. Brought together by label director Giacomo Bruzzo they demonstrate that differences can be a fertile ground for new growth. And as they foster what thrives under their inquisitive hands they advance in new directions and even further into the realm of the unknown, way beyond the boundaries of the commonly taken for granted." 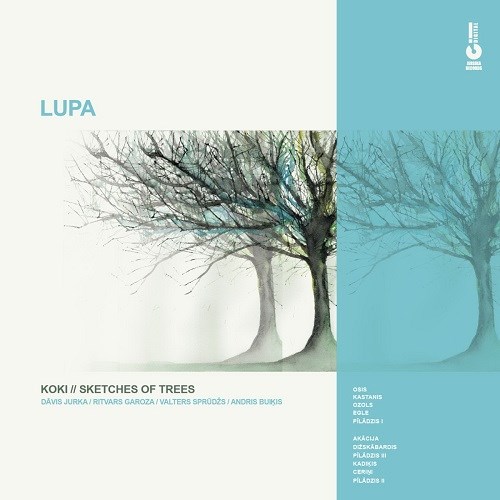 "Latvian jazz label Jersika Records has released the second vinyl record of the electro-jazz band Lupa called Koki / Sketches of Trees. These are new musical searches in the modern fusion genre for saxophonist Dāvis Jurka, keyboardist Ritvars Garoza, bassist Valters Sprūdžs and drummer Andris Buiķis. The album includes references to new jazz bands The Comet Is Coming and Badbadnotgood, and to much older experiments in electronic music as well. Even to Soviet times bestseller in the USSR – a project called Zodiac by Latvian composer Jānis Lūsēns. Lupa’s sound is a mix of it all and represents what’s happening in Latvian new jazz scene pretty well." 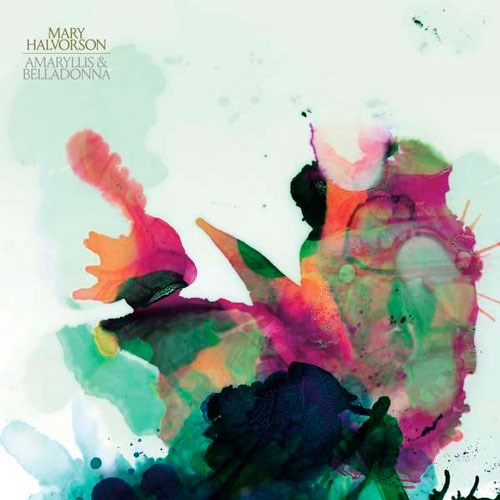 "In both cases we are dealing with excellent, formally and stylistically coherent pieces, whose clear artistic idea has the chance to reach hearts and minds not only of jazz fans. From a purely musical point of view, both albums are examples of the aesthetic sophistication of contemporary music that consciously and creatively draws from the outstanding not only jazz tradition." 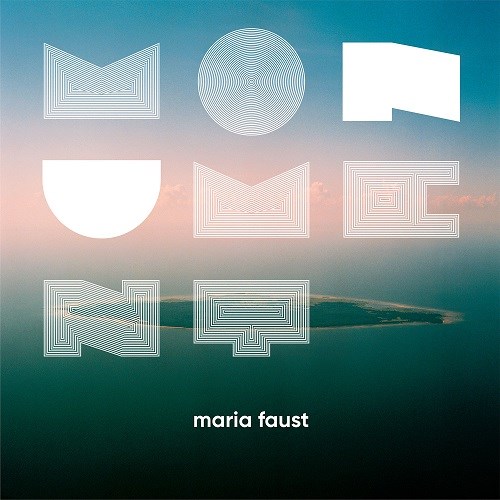 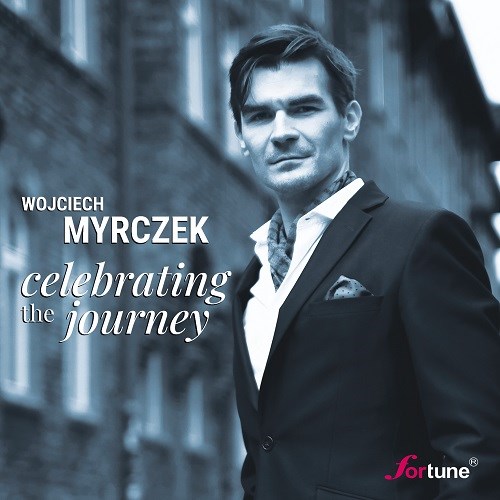 "Having won Jazz Forum Readers’ annual poll seven times in a row, Wojtek Myrczek, 35, can claim the title of Poland’s top male jazz singer. He has a solid background and a thorough musical education, his artistic triumphs include 1st Prize and audience award at the 2013 Shure Montreux Jazz Voice Competition.

Myrczek is a complete performer. He’s got it all – a velvet voice, impeccable intonation, clear articulation, improvisational ease, a sense of style and swing, a strong stage presence, and a knack of storytelling (in the tradition of Sinatra and Bennett). Not surprisingly Celebrating the Journey is a collection of timeless jazz standards. And he makes them work, stealing bright moments with the help of an inspired rhythm section." 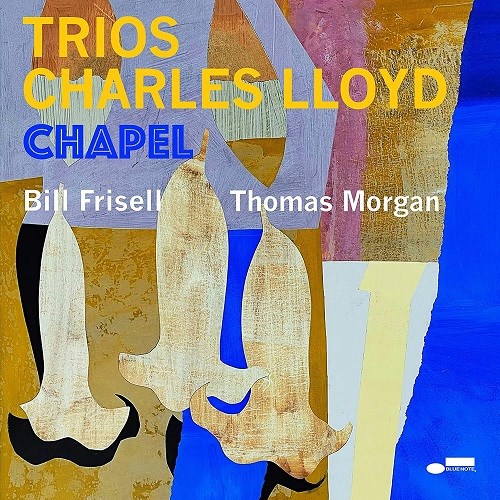 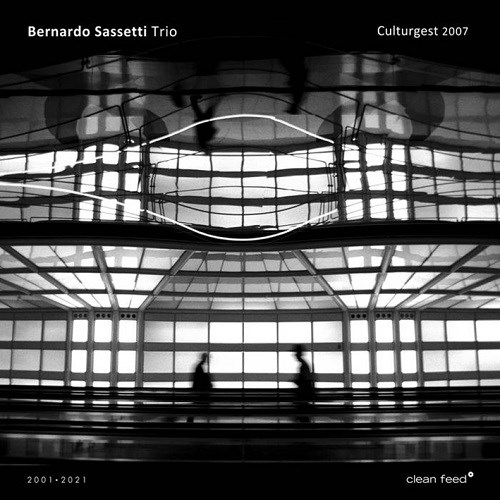 "The Portuguese pianist, film composer and photographer Bernardo da Costa Sassietti was born on June 24, 1970, and left the planet on May 10, 2021, after falling from a cliff in Guincho, Cascais, just outside Lisbon, Portugal, where he took pictures for his next book. On «Culturgest 2007» we are getting a recording from a memorable concert he did with bassist Carlos Barretto and drummer Alexandre Frazão in Culturgest Auditorium in Lisbon on September 29, 2007. The reason for the release was that they wanted to celebrate the trio's 10th anniversary, even though the three musicians had played together for 12 years. The trio was in their best form, playing almost telepathically, and Bernardo knew that this concert only had to be released once.

The years passed, and Bernardo focused on the future, planned new albums, composed and recorded, and this live recording was more or less forgotten. With Bernardo's unexpected death, in 2012, his friends spent time learning to live with his absence and listening to his music. But now it has been released on Pedro Costa's company Clean Feed, and it's a fantastic piano trio we get to hear. I can’t understand why I have not noticed this eminent pianist and his trio before. Because here we meet a pianist who is fully on par with the best in the world of jazz. His compositions are beautiful, whether it is ballads or up-tempo songs, his technique is excellent and his ability to take the listener into a slightly melancholy and beautiful landscape is almost magical. And together with Barretto and Frazão, they gave the audience this September evening in 2007 an unforgettable experience. And now we, all the others who have never heard his name before, many years later, and after Sassetti has left the planet, can take part in this exquisite piano music." 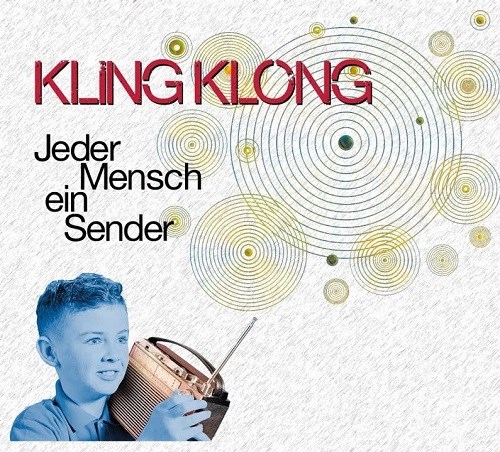 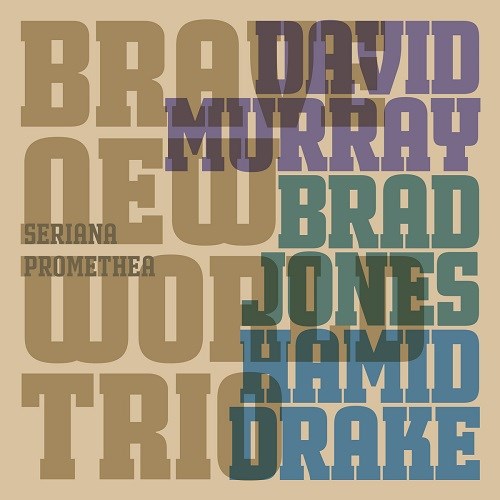 "What happens when three on-demand musicians are suddenly not demanded (due to the pandemic cancellations)? This album is the culmination of the demanding yet relaxing work by three individual musicians: Murray, Jones and Drake... " 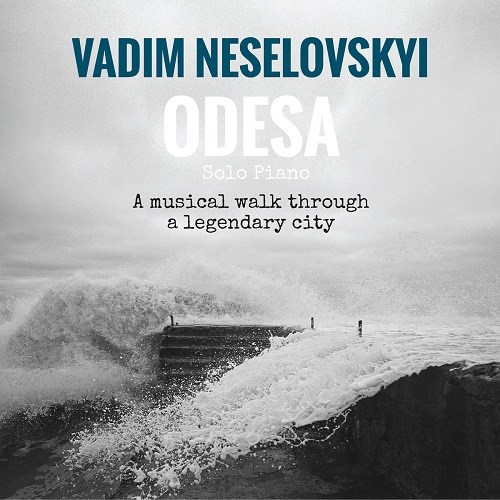 "Vadim Neselovskyi, being as insisting as playful and dramatic, is a fierce vivacious musician of profuse amalgamation of percussive fireworks with engulfed melodic motives flashing up time and again from morphing contexts. His music is full of permanent vital, explosive about turns and sudden melancholic glades. That is the musical shape and dynamics for the expression of the shimmering and colorful realities of this legendary port city at the Black Sea shore, gateway to the south and the east with its vital incoming and outgoing movements of people, goods and cultures through a turbulent and glorious history. It is the permanent change of perspectives from which wholeness and unity arises time after time as well as oppression and decline, cover, uncover and discover through history leave their readable traces.

Pianist Neselovskyi’s dynamics cut deep in a clear and original sense exceeding by far what we know from the jazz field especially with regard to atmospheric contrasts.  It’s a question of activating the adequate means of expression from passion and surrender. His work can carry the present political charge it gets assigned. It works because his work is so fetching and massively speaking to our imagination. In a great way he incorporated Viktor Tsoi’s song “My Zhdem Peremen” (We Wait For Changes).  At the end of the 80s this song became an anthem of protest and independence movements in Soviet Republics and still is in use in movements during the last decade (Belarus, Ukraine). The music is full of hints and allusions immediately meaningful for Ukrainian listeners while foreigners can feel it and still have to decode some of it. The music was recorded during the pandemics at the famous old Sendesaal (radio broadcasting hall) from the 50s of Radio Bremen.

‘Odesa’ is the Ukrainian spelling of the city’s name reflecting the difference in pronunciation with the Russian one." 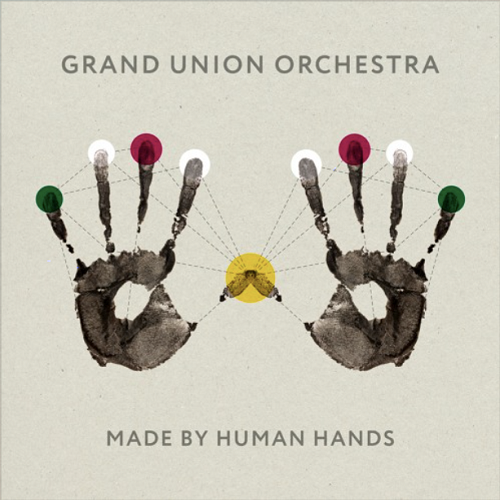 "The current resurgence of jazz in Britain is fuelled by an infusion of Afro-Caribbean and South Asian rhythms. This is often presented as a new phenomenon, but it isn't. For the past 40 years, Grand Union Orchestra has been doing just that – mixing jazz with dance with carnival; youth projects with major concerts; bright young artists with major established names; choirs with steel bands. And through it all, with a huge sense of fun.

This, their 40th Anniversary album, features exciting remastered very danceable tracks from their back catalogue." 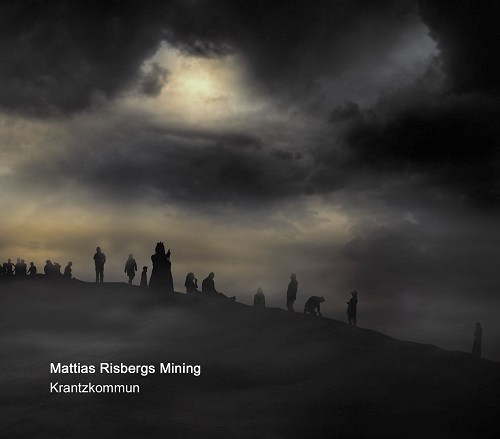 "Krantzkommun completes the Mining trilogy, which has been written and performed as three separate acts over a period of four years. The composer and lyricist Mattias Risberg has dug deep in his mind and brought up memories from the environment where he grew up - the mine area of Bergslagen in Sweden - and created a dreamlike world of suggestive rhythms and sparkling sounds. The band, an extended version of the original setting, invites you to a journey underground where intricate compositions meet breathtaking improvisations. Mining Extended includes Stina Hellberg Agback, Mattias Risberg, Sten Sandell. Jennie Abrahamson, Dan Berglund, Jon Fält, Josefin Runsteen, Fredrik Ljungkvist, Eva Lindal, DavidStackenäs, Per Texas Johansson." 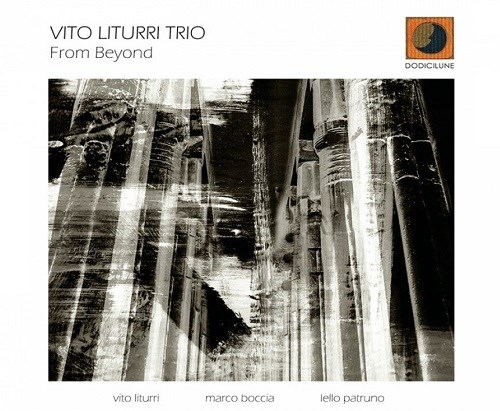 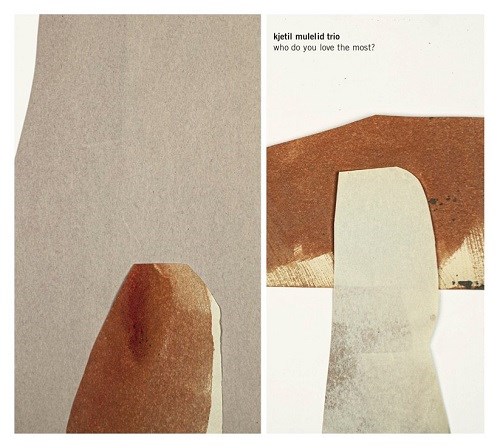 KJETIL MULELID TRIO
Who Do You Love The Most
Rune grammofon 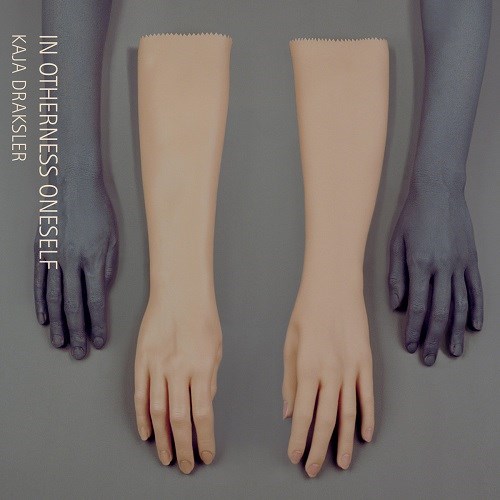 "For this solo, Kaja Draksler returns to a more traditional approach to piano playing, playing more on the key-hammer-string mechanics than on the preparation, effects and accessories. A predominant place is left to silence, to silences. Between the notes, slowly laid down one after the other, but also between the voices, the sentences, like a message between the lines. And nothing would be so magical if not for the quarter-tone keyboard that allows so many puns, accents, dialects.

From beginning to end, you listen to this album with the sensation of a daydream in an unstable and unknown universe, like being Alice in Wonderland. And always this confident play, this keyboard mastery in all its range and this personal discipline which ensure that each new project of Kaja Draksler raises her to a higher level, irremediably." 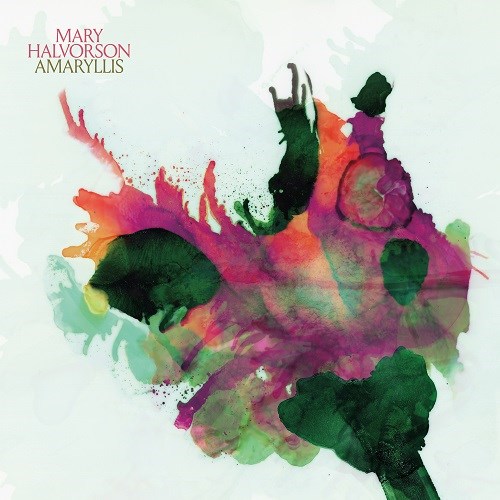 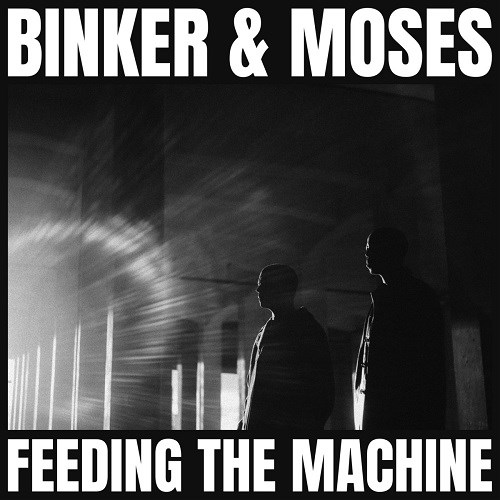 "Unmistakably huge drummer - seen at the International Jazz Festival in Liege this month."