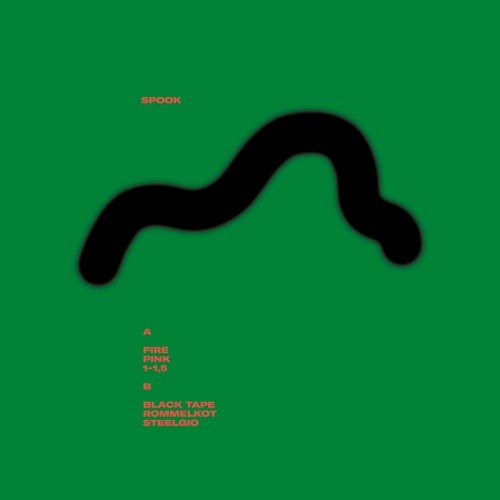 "Lying on the ground, listening to headphones while doing nothing..." 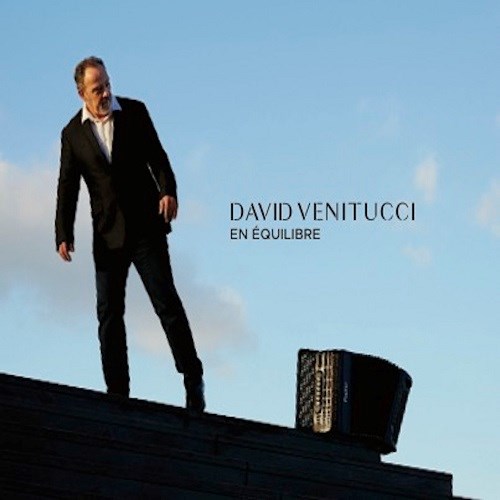 "En équilibre is an oasis of calm, situated somewhere between jazz, impressionist music and
imaginary folklore, in a different place, soulful, and this is undoubtedly a privilege in our uncertain times. It's an awakening dream that we could barely touch. (Denis Desassis)" 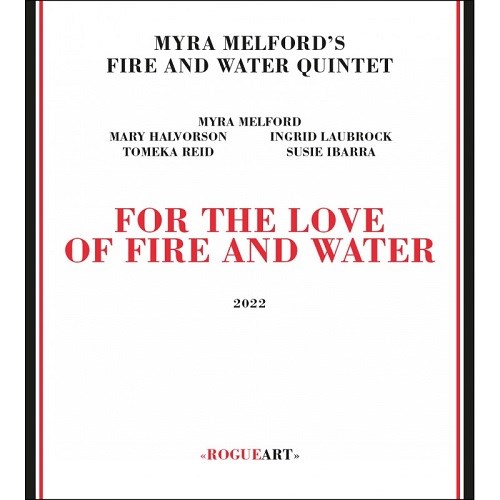 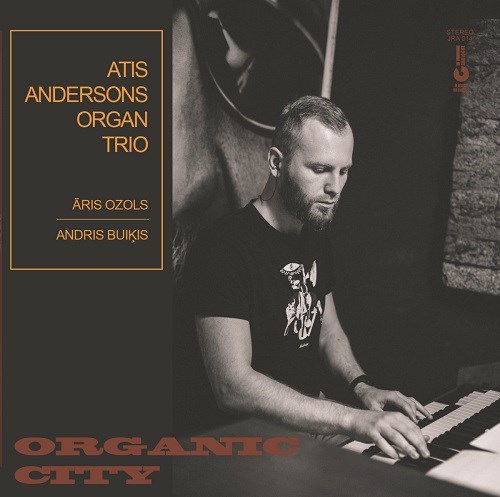 bandcamp
(out on 1st of July)

"Funky, melodic and a little bluesy as well – the first ever vinyl record by Latvian Hammond organist is a good collection of cool vibes. Album kicks off with an instant drum break and getting right into the groove guarded by great drummer Andris Buiķis. Guitarist Āris Ozols also embraces funky feeling together with Atis Andersons, recalling the cool musical entertainment of albums by the American quartet Medeski Scofield Martin & Wood or older funky organ classics as well. Album is recorded live direct to analog tape without any editing or overdubbing, and that feels in the atmosphere it makes. Cool and funky stuff you can dance or dream to.” 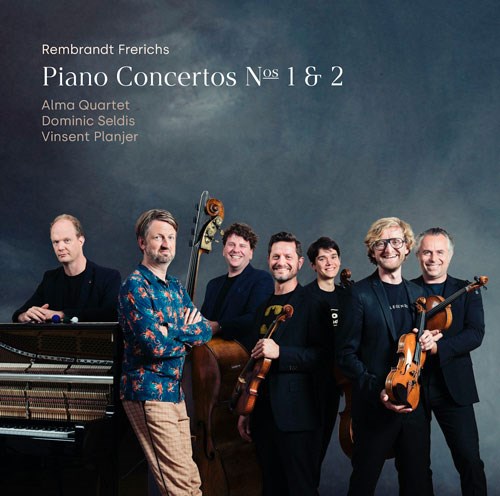 “Rembrandt Frerichs departs from traditional jazz patterns, ensuring that his work is communicative and enjoyable for both listeners and performers. The music we hear here is full of lightness, temperament and spaciousness. Perfectly played and great sounding solo parts are very ordered and you don't hear at the first moment that they are improvised.

It is an extraordinary project, a unique album, a jewel, a "must have" for any fan of good music.” 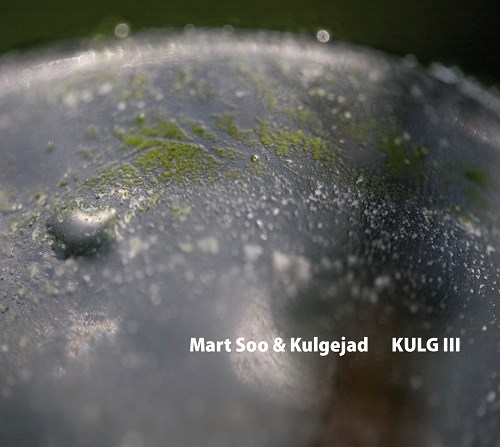 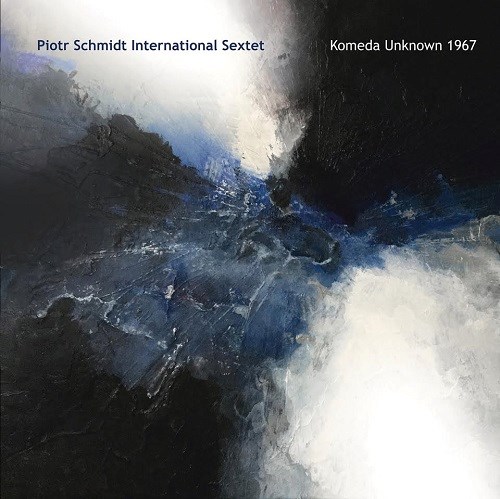 “It would be hard to count all the records with Krzysztof Komeda’s music released posthumously, not to mention the new interpretations which seem to appear endlessly. And just when you start to think that this area has been fully explored, there is always a new Komeda project lurking around the corner. But the truth is the legendary Polish pianist and composer Krzysztof Komeda has released only three full LPs during his lifetime – “Ballet Etudes” (Danish Metronome, 1963), his most famous “Astigmatic” (Polish Jazz vol. 5, 1965), and „Meine Süsse Europäische Heimat” (Columbia/EMI). The latter was a jazz and poetry  session produced by Joachim-Ernst Berendt in Baden-Baden in June 1967, before Komeda’s final departure for Hollywood.

The sensational news is that now, 55 years later, it came to light that Komeda had prepared for the project more compositions than just those that made it to the wax. Six unknown pieces (only sheet music) have been discovered in the archives of the National Library in Warsaw!

Trumpeter Piotr Schmidt decided to record these compositions with his own arrangements, trying to capture Komeda’s original spirit. In this effort he has received support of the first-class players making up the Piotr Schmidt International Sextet. The team include the leader on trumpet, Kęstutis Vaiginis on saxophones, David Dorużka on guitar, Paweł Tomaszewski on piano, Michał Barański on bass, and Sebastian Kuchczyński on drums, with two American musicians guesting on some of the pieces: Harish Raghavan on bass and Jonathan Barber on drums. The result is the uncanny “Komeda Unknown 1967”, just released by SJR Records.” 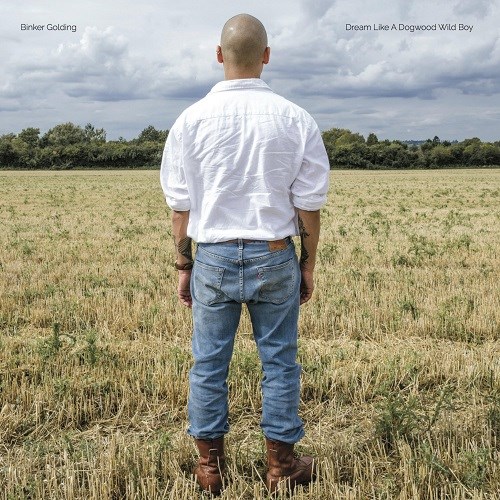 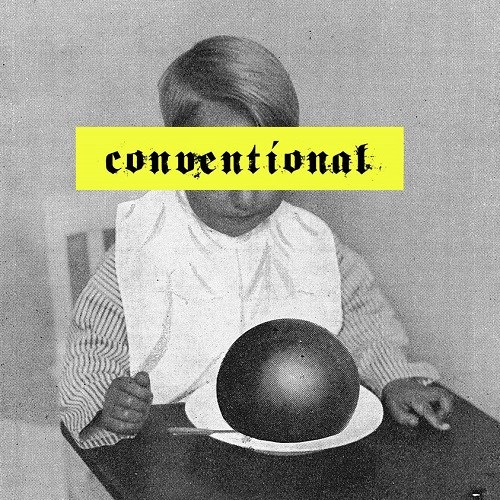 “’Conventional’ is a brilliant record from one of the world's most creative (jazz) pianists and some of his musical friends in Copenhagen. The songs with the band sound all the way like something you only hear in a strange dream after you have been drinking too much, while his variations on Joseph Haydn's "Arietta" shows what an eminent pianist Jeppe Zeeberg is, and what a creative force he is. . An uninhibited and beautiful record that most people with ears should check out!” 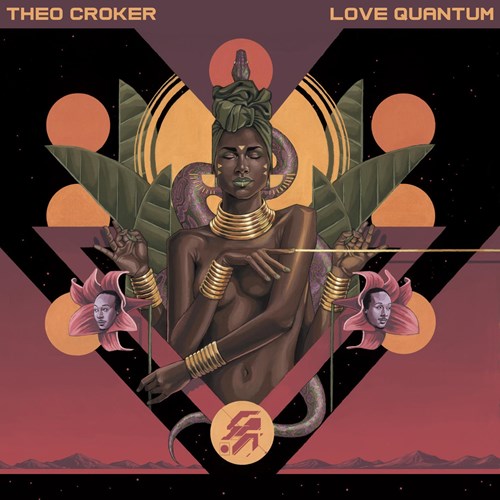 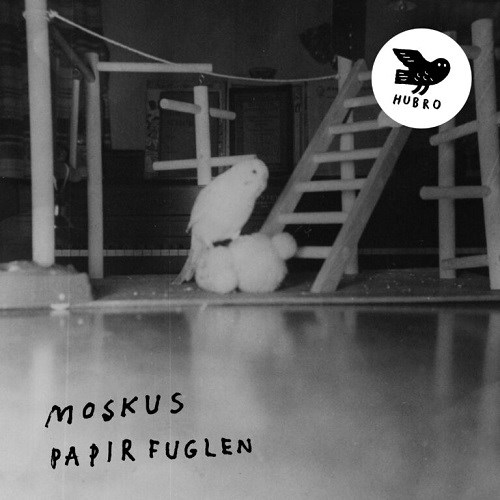 "Moskus is an augmented piano, bass and drums trio who play über-genre music. The outcome is a voluntary free fall based on the musicians' free will. The sounds and rhythms are rich though not quite conventional." 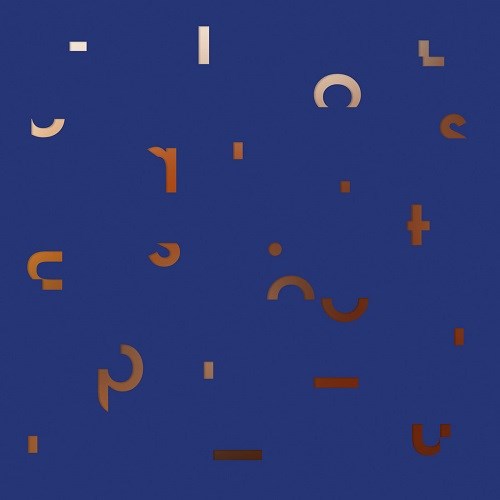 “Sound wizards Mark Slater and Adam Martin have set up an ideal and exciting collaborative project called Nightports. After collaborations with the striking pianist Matthew Bourne, keyboard phenomenon Betamax (The Comet is Coming and Soccer96 ) it is now the turn of bassist Tom Herbert (Polar Bear, Acoustic Ladyland), one of the very best and most requested jazz bassists in the world. His improvisations on and with the double bass, with and without effects, the sound of the strings and even his voice and breath, were all captured and poured into tasteful new compositions. Compositions in which several bass parts are superimposed and the exciting sounds of Martin and Slater produce an incredibly rich sound. Usually taken form without rhythmic patterns and floating in the atmosphere, then straight back to the earth through the double bass, then enriched with a wonderful base drum, pushed up with busy rhythms or built on a languid groove. The possibilities of the double bass are fully exploited in the most beautiful atmospheres.” 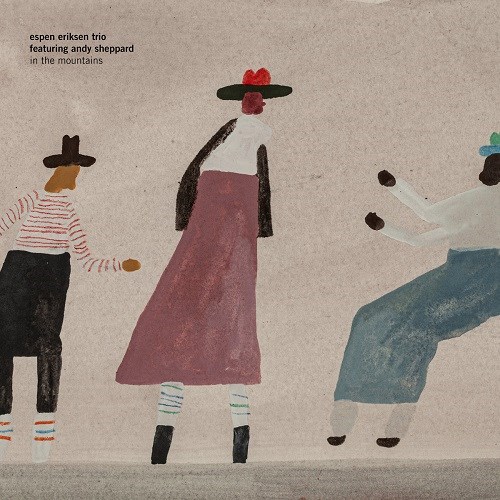 "This is the first live recording by the Espen Eriksen Trio taken from concerts at the Nasjonal Jazzscene and Propeller Music Division in Oslo, and one from Era Jazzu/Czas Poznan, Poland.  Andy Sheppard plays on three of the seven tracks continuing a well-established relationship with the trio that goes back to 2016; his voice on the saxophone fits extremely well with the melodic and lyrical 'less is more' approach of the trio.  The repertoire is taken from the trio's previous five albums, but concludes with a version of Krzysztof Komeda´s iconic Rosemary´s Baby." 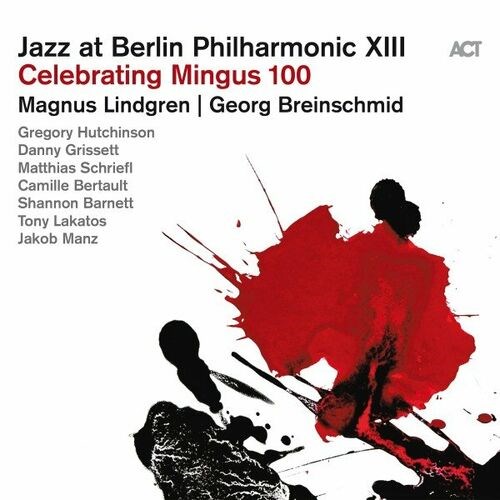 "The record company ACT and its founder and producer Sigge Loch was inspired by what record company director Norman Granz did once upon a time and put together musicians for different concerts with different themes. Earlier this year, in April, the theme was the skilled, iconic double bassist and composer Charles Mingus (1922-1979). At this concert, recorded earlier this year the hornplayer and arranger Magnus Lindgren led the band together with bassist Georg Breinschmid. On some songs, the vocalist Camille Bertault appears, including  Goodbye pork pie hat which Bertault has given a French text." 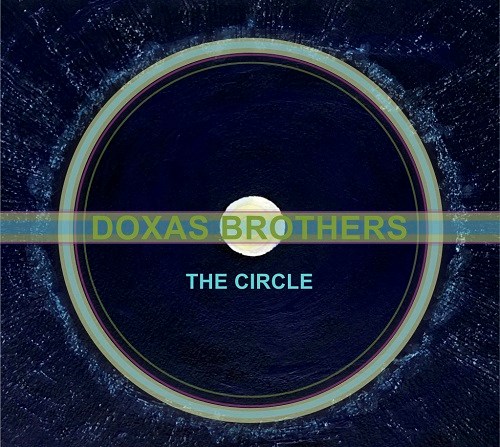 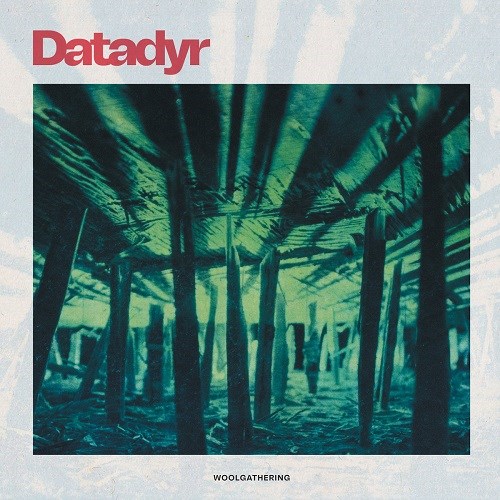 DATADYR Woolgathering
Is It Jazz? Records 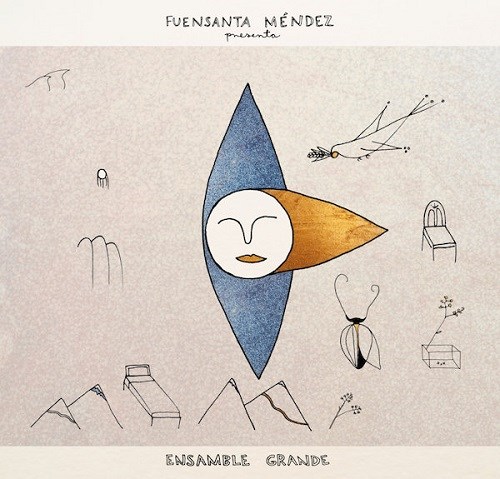 "With Ensamble Grande, the Mexican bassist and composer living in Amsterdam has achieved a great feat. She presents a music inspired by her personal roots (Mexico) in a narrative that takes from improvised jazz as well as from contemporary vocal music. Not to mention her qualities as a musician, who can rely on serious double bass playing to breathe life into her international and atypical ensemble. She is an artist to follow." 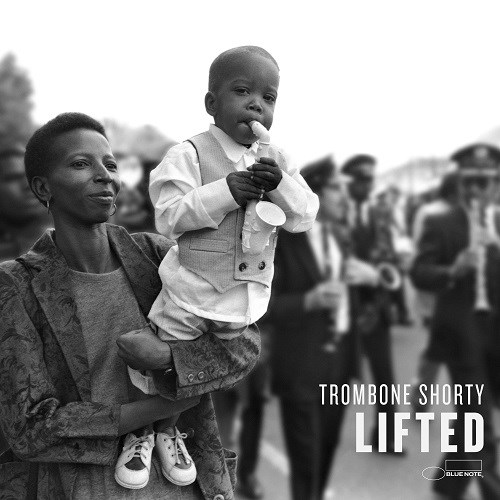 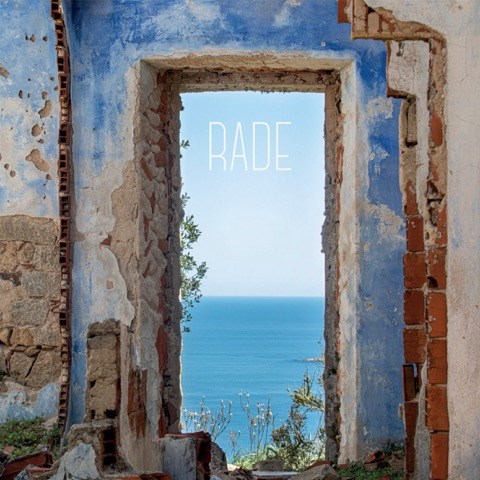