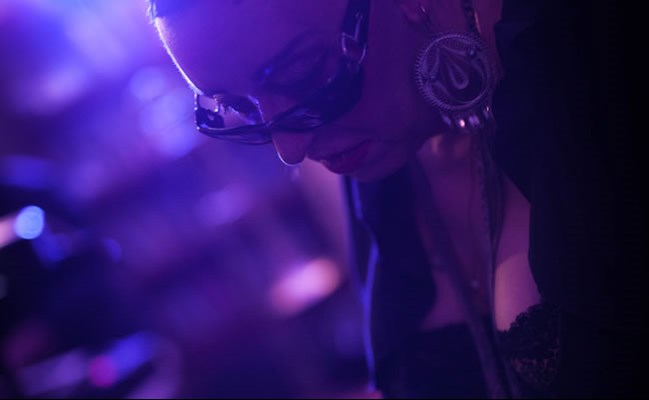 Her 2012 release of “all about Love” solidified her position as a professional jazz musician. This recording of standards and original music, charted #1 in CMJ Jazz College Radio Charts for ‘top jazz add’ in new albums and went on to stay in the top 20 for 4 weeks. “all about Love” was also very well received in Canada where the album ended up in the Top 10 on three different !Earshot Jazz charts.

In 2013 Billie Davies received the "Jazz Artist of the Year" Award by the 23rd Annual Los Angeles Music Awards. That year in L.A. noticed the beginnings of inclinations towards a style that can be best explained today as Nu jazz.

In March of 2014 she moved to New Orleans where she has graced stages ever since and recorded her latest published album "Hand In Hand In The Hand Of The Moon" which was released in New Orleans in October of 2015.

She received more national and international attention due to a player feature, "BILLIE DAVIES '20 Years Stronger', published in Downbeat Magazine May 2016 edition.
Many Articles and reviews have been written on her music from Prague to Belgium to London to New York to San Jose.
'A new direction in New Orleans!'

Since recording, releasing and performing "Hand In Hand In The Hand Of The Moon"  as an ode to the work of her dearest friend, Belgian artist Serge Vandercam (1924 – 2005), and performing with Billie & The Bad Boyzzzz and the Billie Davies Trio in 2015- 2016 it slowly became time for her new album project “On Hollywood Boulevard”, for which Billie wrote the melodies and lyrics, to become a reality.

After 20 years of playing, producing and releasing instrumental jazz, Billie Davies is turning a page and is bringing us a Nu Vocal and Electric Experience, “On Hollywood Boulevard”. 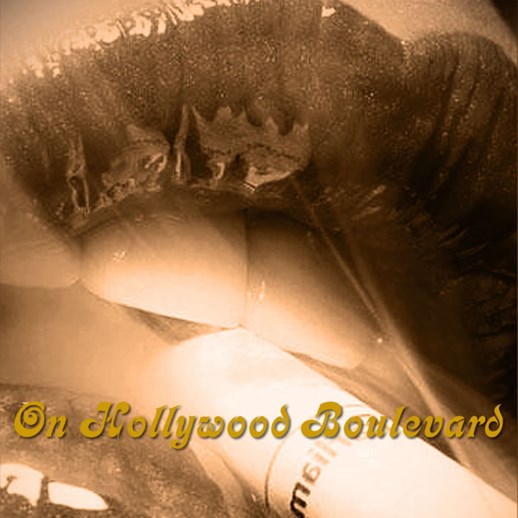 “On Hollywood Boulevard” came about while Billie Davies lived at 6533 Hollywood Blvd. at The Historic Hillview Hollywood in Hollywood, Los Angeles. She lived there for several years and her many experiences in and impressions of Hollywood Boulevard needed recording. It took from 2012 in Hollywood, the initial conception, to September of 2016 in New Orleans to result in a recorded album of 5 songs that Billie Davies wrote melodies and lyrics for, 1 instrumental improvisation and 1 improvisation with improvised lyrics by IRIS P.

Billie and her husband/producer Mike Davies chose Evan Oberla, with whom she has recorded and performed since February of 2015, on keys/synth and trombone and Oliver Watkinson, who became her bass player in the summer of 2015, on electric bass. Billie Davies met Iris P through an introduction by Evan, during one of their performances at The Dragon’s Den, in New Orleans, and was rejoiced to find the perfect vocalist, the perfect chemistry, to record and perform the “On Hollywood Boulevard” lyrics and experience.

Introducing the “On Hollywood Boulevard” a nu experience line-up

Billie Davies is a jazz drummer and composer living in New Orleans. She originally hails from Brugge, Belgium. She played and performed all over Europe until immigrating to the United States at 32, where she has been active as a jazz musician ever since.

On November 14, 2013 while living in Hollywood, Billie Davies received the "Jazz Artist Of The Year" Award by the 23rd Annual Los Angeles Music Awards. That year in notices the beginnings of her inclinations towards a style that can be best explained today as Nu jazz. (On the recordings of "12 VOLT" she played on her combined set of electric and accoustic drums and later she released two improvisations to the public ears, "SUNRAAAH" & "Melancholia Abstractissimus", w/ Daniel Coffeng on el. guitar synth, Tom Bone Ralls on el. trombone synth & Jacob Bartfield on el. bass.).

In March of 2014 she moved to New Orleans where she has graced the stages ever since and recorded her latest album "Hand In Hand In The Hand Of The Moon" which was released in New Orleans in October of 2015 and deviated from her previous release by it being again (just as "all about Love.") an all accoustic recording with horns.
In February of 2016 she formed BILLIE DAVIES trio with Evan Oberla and Oliver Watkinson, moving into a very electric, Nu jazz direction.

Summer of 2016 Billie Davies started A Nu Experience with IRIS P on vocals, Evan Oberla on electric piano, synthesizer and trombone, Oliver Watkinson on electric bass and Billie on electronic drums. By the end of that summer the new recording "On Hollywood Boulevard" had become a reality and so established BILLIE DAVIES - A Nu Experience - Feat. IRIS P.

She received international attention due to a player feature, "BILLIE DAVIES '20 Years Stronger', published in Downbeat Magazine May'16 edition.
Articles have been written on her music from Prague to Belgium to London to New York to San Jose.

“Billie Davies is a very accomplished free-jazz drummer. Born in Belgium, she now lives in New Orleans, having spent much of her life living peripatetically. Previous reviewers have made much of the self-taught nature of her drumming. While this is a feature of one of the stories in the press release, I defy any listener to distinguish her playing from someone ‘schooled’ in jazz drumming. There is a vitality and fluidity in the way that she plays the drum kit and this is what I mean by the idea that her stories explain her drumming; she speaks through the drums to the other players, asking questions of them and replying with the fusion of styles that she has built up over her travels.” (Chris Baber - Jazz Views)

“Drummer/composer Billie Davies’ latest stop in her musical journey is a fruitful pairing of what she brought into New Orleans with what New Orleans brought to her.” (S Victor Aaron,Something Else!)

Born in 1985, a New Orleans native, Catherine Poree' aka IRIS P, an acronym which stands for "I reached. I survived. Poree' is my last name," discovered her talent when she received her very first instrument, a violin, at the age of 6.  From there she went on to perform in orchestra concerts and a host of plays, but most of all enjoyed singing with her siblings @ Jesus Unity Church in New Orleans organized by her mother, the late Marilyn J. Etienne, also known as LADY GOSPEL, who was an extremely well known singer locally and nationally.

In 2010 IRIS P started her mission to "save the world" by performing her original songs written from her extravagant poetry debuting a plethora of songs from her Underground EP "I Got Issues". Along the ride she has worked with a host of different local producers from the likes of Blaq-n-Mild, Jason Neville, and Scifor aka Calvin da Man, Niyo of Flight-school, Blaze, to Mike Taylor of EGMG / Greenteam. IRIS has recently been performing all over New Orleans including at historical landmarks such Blue Nile, Peaches Records, Dragon's Den, Berthas on Basin St, Perfect Fit, Basin Street Lounge, House of Blues ,Social House, Red Velvet, Le'Roux and Club Caribbean. She shows style like no-other with Jazz Melodies when she played "Billie Holiday" in "Dryades Street Divas Review" in the summer of 2014, held at Ashe's Cultural Center. She won "Nola’s Hottest Female Vocalist In October of 2014" at the Nola Hip Hop Awards, and just last year IRIS P. headlined in the Foundation Room at the New Orleans House of Blues.

Evan was born and raised in Columbus, Ohio, playing piano and guitar at an early age. In 5th grade he picked up the trombone for the school band. In high school his musicality led him to participate in multiple jazz ensembles, including the acclaimed Columbus Youth Jazz Orchestra. Evan graduated in June 2009 from Ohio State University with a degree in Jazz Studies performance. Evan is a diverse and active musician based in New Orleans, LA. Besides playing all over the city in many different groups, he is the trombonist for Allen Stone, O.A.R., and most recently, Elle King. He also leads his own band from Columbus, called EOP, with one EP out, 'Here', a recording project in New Orleans called The Most Infamous, and a new instrumental group named The Warheadz.

Born in Brunswick Maine, Oliver began studying music at the age of five. He attended college in Boston at the New England Conservatory, where he had the opportunity to study upright jazz bass and perform with greats such as Lee Konitz, Dave Holland, Jason Moran, Cecil McBee, and many more. In 2014, Oliver moved to New Orleans and began performing with BILLIE DAVIES, Gandhi Castle, Laelume, and various street bands. He has taught and performed all over the United States, as well as Central America and Canada.

Recorded live at Cobra Basement studios
Live recording engineered by Mike Davies
Produced by Billie Davies & Mike Davies
Mixing by Mike Davies, Billie Davies
Instrument/Vocal mixing sessions by Mike Davies with Evan Oberla, Oliver Watkinson, Billie Davies & IRIS P.
Mastered at HiZ Productions
Recorded Live in New Orleans on September 26, 2016.
Photography by Sam Weil.
The music was recorded live, with a small intimate audience in attendance, in one take on an evening in September with all musicians
in one room that was acoustically treated. A slide show was playing photos of life on Hollywood Boulevard.